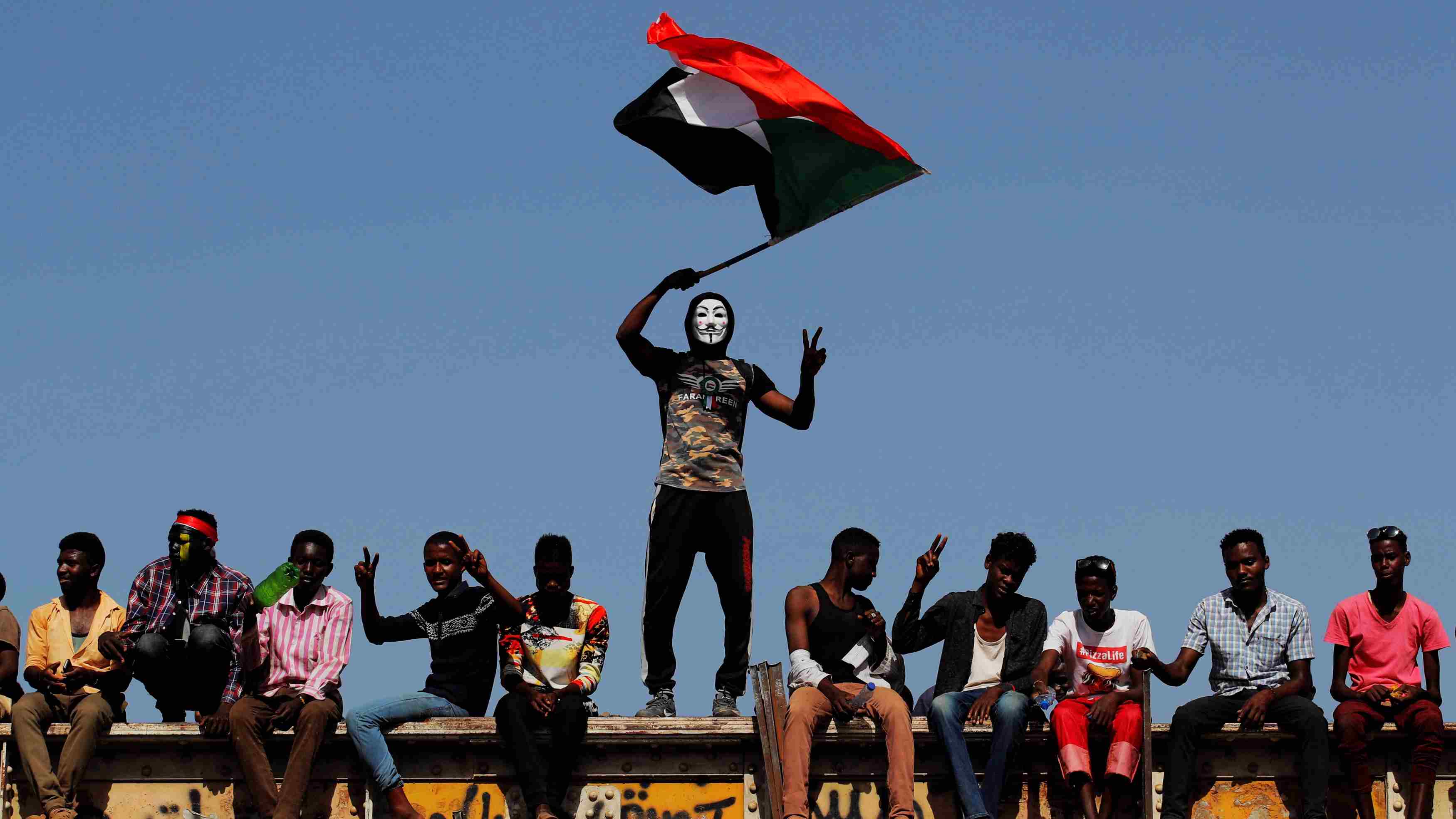 Three members of Sudan's ruling military council resigned on Wednesday after it said it reached "agreement on most demands" with protest leaders who have called for a million-strong march to demand a civilian government.

The 10-member military council had invited the protest leaders for a meeting after the leaders suspended talks with the army rulers on Sunday.

"We have an agreement on most demands presented in the document of the Alliance for Freedom and Change," Lieutenant General Shamseddine Kabbashi, spokesman of the ruling military council, told reporters after the meeting between the council and leaders of the umbrella group leading the protest movement.

He did not elaborate on the key demand of handing power to a civilian government, but said there "were no big disputes."

One of the protest leaders who attended the meeting, Ahmed al-Rabia, said the two sides had also agreed to form a joint committee but did not elaborate for what.

Minutes later in a separate statement the military council announced that three members of the ruling body had resigned.

Wednesday's late-night developments came as Siddiq Farouk, one of the leaders of the protests, told reporters that the demonstrators were "preparing for a general strike" if the ruling military council refuses to hand power to a civilian administration.

He also said that a "million-strong march" is planned, confirming a call for the mammoth protest Thursday by the Sudanese Professionals Association (SPA), the group that initially launched protests against longtime leader Omar al-Bashir in December.

For the first time, Sudanese judges said they would join an ongoing sit-in outside army headquarters "to support change and for an independent judiciary."

The demonstrations initially began in the central town of Atbara on December 19 against a decision by Bashir's government to triple bread prices.

They swiftly turned into nationwide rallies against his rule and that of the military council that took his place.

Sudanese demonstrators welcome a train carrying protesters from Atbara, the birthplace of the protests that toppled former Sudanese President Omar al-Bashir, as they approach the military headquarters in Khartoum, Sudan, April 23, 2019. /Reuters Photo

The council, led by General Abdel Fattah al-Burhan since his predecessor quit after barely 24 hours in the post, says it has assumed power for a two-year transitional period.

Hundreds of protesters came from the central town of Madani to join the sit-in on Wednesday, the second major batch of new arrivals from outside the capital in as many days.

A train laden with demonstrators had rolled in from Atbara - the crucible of the protests - on Tuesday.

"Revolutionaries from Madani want a civilian rule," the latest arrivals chanted, according to witnesses.

The protesters suspended earlier talks with the council Sunday over its refusal to transfer power immediately.

But the military council invited the protesters to fresh talks Wednesday, acknowledging their role in "initiating the revolution and leading the movement in a peaceful way until the toppling of the regime" of Bashir.

Sudanese protesters wave a national flag and make victory signs as they stand on a railroad bridge outside the defense ministry compound in Khartoum, Sudan, April 24, 2019. /Reuters Photo

"We are ready to talk with the chief of the military council, and I think the issue can be solved through dialogue," he told reporters.

Thousands have camped outside the military headquarters in central Khartoum since before Bashir was deposed, and have vowed not to leave the area until their demands are met.

"Fall or not, we are staying," the protesters chanted.

"We fear that the military council might steal our revolution, so we have to participate until the transfer to civilian rule is accomplished," he said.

"We are standing our ground no matter what."

The protesters have found support in Washington, which has backed their call for civilian rule.

"We support the legitimate demand of the people of Sudan for a civilian-led government, and we are here to urge and to encourage parties to work together to advance that agenda as soon as possible," State Department official Makila James said on Tuesday.

On Tuesday several African leaders, who had gathered in Cairo at the behest of Egyptian President Abdel Fattah al-Sisi, insisted on "the need for more time" for a transition, according to Sisi's office.

The leaders urged the African Union to extend by three months an end-of-April deadline for the council to hand power to a civilian body.