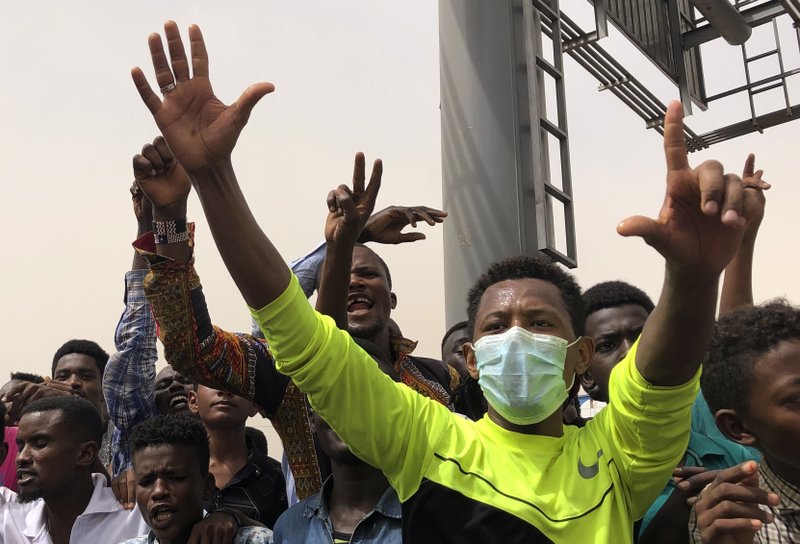 A Sudanese opposition group said Tuesday that two of its leaders were arrested amid a weekslong standoff between the ruling military council and a protest coalition that held mass marches this week.

The Sudanese Professionals’ Association, which has spearheaded protests since December, said security forces arrested Yassin Abdel-Karim, head of the Sudanese Teachers’ Committee, in the capital, Khartoum. The committee is part of the SPA.

It said they also arrested lawyer Abdel-Majed Aidrous in the northern city of Atbara, the birthplace of the uprising that led to the military overthrow of President Omar al-Bashir in April.

The group said security forces searched the homes of three other leaders. The SPA is part of the Forces for the Declaration of Freedom and Change, which represents the protesters.

A police spokesman did not immediately respond to requests for comment.

The arrests came two days after protesters flooded the streets of Sudan’s main cities in the biggest show of numbers since security forces cleared a sit-in outside the military headquarters last month. At least 11 people were killed in clashes with security forces, according to protest organizers.

Brig. Gamal Adam, a spokesman for the paramilitary Rapid Support Forces, said a RSF solider was killed and 29 others was wounded during Sunday’s protests.

The FDFC on Monday called for marches in Khartoum and elsewhere on July 13 and for a general strike and civil disobedience the following day.

The coalition is pressing the military to hand over power to a civilian-led body, fearing that the generals intend to cling to power or preserve some form of authoritarian rule. They have also demanded an investigation into the recent violence.

“We do not trust in the military council,” activist Madani Abbas Madani said. “We will not put our weapon, which is the crowds of people, to just follow the road of negotiations alone.”

The African Union and Ethiopia have stepped up mediation efforts aimed at bringing the two sides back to the negotiating table. They submitted a proposal last week that was welcomed by both sides, but the protesters have refused to meet with the generals until they fully accept it.

The AU and Ethiopian envoys said they invited both sides for direct negotiations on Wednesday over the joint proposal.

AU envoy Mohamed El Hacen Lebatt told a news conference in Khartoum on Tuesday that the military council and the FDFC responded “positively” to the proposal. But they have disagreed on the make-up of the sovereign council that would rule the country during the transition — a topic they would discuss during talks, he said.

The Sudanese Revolutionary Front, a rebel group that is part of the protest movement, meanwhile, threatened to negotiate separately with the military council amid growing disputes within the coalition, the English-language Sudan Tribune reported Monday.

Gibril Ibrahim, an SRF leader, was quoted as saying that decision-making within the FDFC has been “kidnapped” by a small committee “formed in vague circumstances with limited representation.”