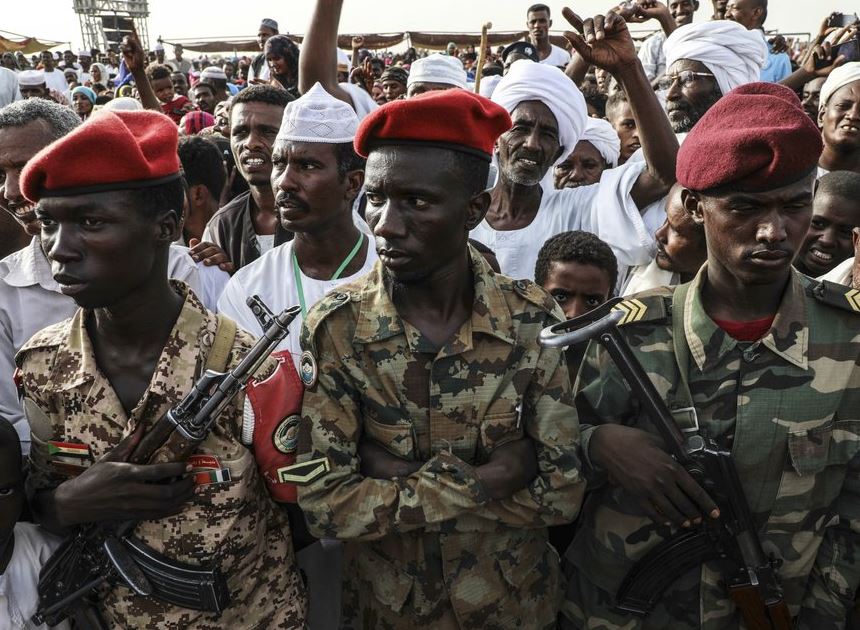 Members of the military stand as Gen. Mohammed Hamdan Dagalo, the deputy head of the military council, speaks during a military-backed tribe's rally, in the Nile River State, Sudan, Saturday, July 13, 2019. (Photo: AP)