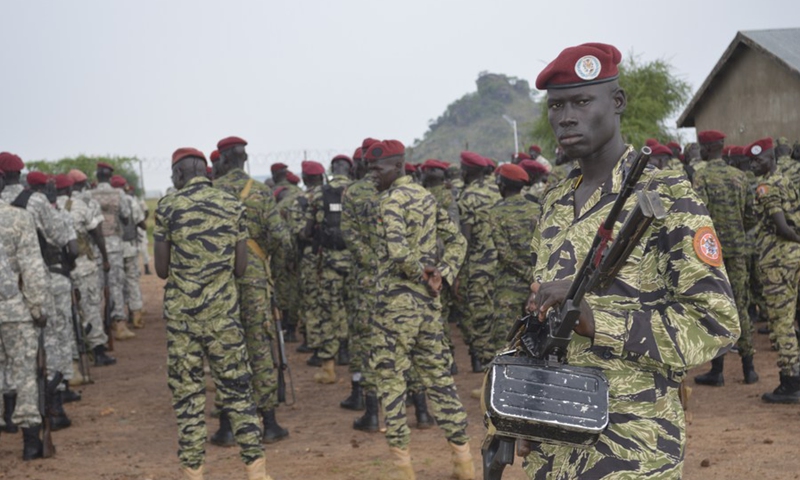 Al-Burhan made the remarks when he met here with visiting European Union's Special Envoy for the Horn of Africa Annette Weber, the sovereign council said in a statement.

Al-Burhan and Weber reviewed the tensions in the Fashaga area on the Sudan-Ethiopia border and the Ethiopian army's execution of seven Sudanese soldiers and a citizen, said the statement.

On Sunday, the Sudanese Armed Forces said the Ethiopian army "executed" seven Sudanese soldiers and a citizen who were held captive, which Ethiopia denied.

On Monday, Sudan decided to file a formal complaint to the UN Security Council against Ethiopia, while the Sudanese foreign ministry decided to immediately recall its ambassador to Ethiopia for consultations and to summon the Ethiopian ambassador in Khartoum to inform him of Sudan's condemnation.

Since September 2020, the Sudan-Ethiopia border has been witnessing rising tensions and deadly skirmishes between the two sides.

Sudan has accused the Ethiopian military of backing the farmers' seizure of Sudanese lands at the disputed Fashaga district on its border with Ethiopia.