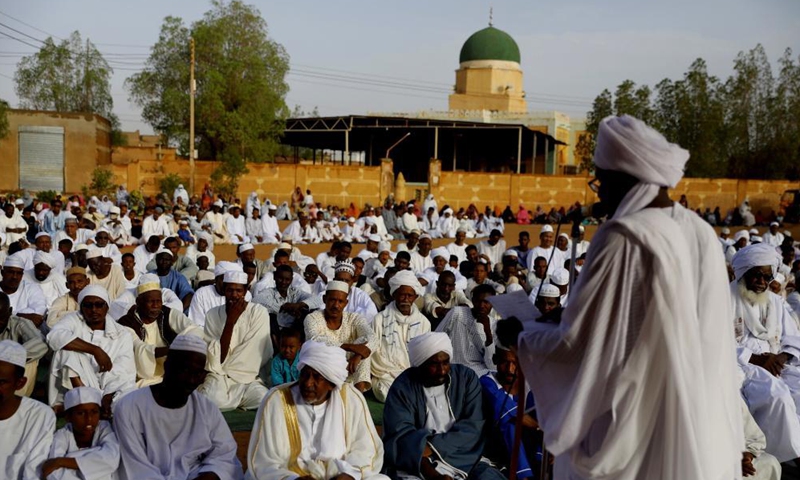 The internet was cut across the country, AFP journalists said, as dozens of demonstrators gathered on the streets of the capital Khartoum to protest the arrests, setting fire to tires.

"Armed men have arrested a certain number of political and government leaders from their homes," a government source told AFP.

It was not immediately clear who was behind the arrests, as men in military uniform cut off the main roads leading to the capital and its twin city Omdurman, and state television began broadcasting patriotic songs.

One of the leading forces behind the 2019 revolt, the Sudanese Professionals Association, de-nounced on Monday what it called a "coup d'etat" and called for a campaign of "civil disobe-dience."

The news comes just two days after a Sudan faction calling for a transfer of power to civilian rule warned of a "creeping coup," during a press conference that an unidentified mob attack had sought to prevent.

Sudan has been undergoing a precarious transition marred by political divisions and power struggles since the April 2019 ouster of president Omar al-Bashir. Since August 2019, it has been led by a civilian-military administration tasked with overseeing the transition to full civilian rule.

But the main civilian bloc - the Forces for Freedom and Change (FFC) - which led the an-ti-Bashir protests in 2019, has splintered into two opposing factions.

"The crisis at hand is engineered - and is in the shape of a creeping coup," mainstream FFC leader Yasser Arman told the Saturday press conference in Khartoum.

Tensions between the two sides have long simmered, but divisions ratcheted up after a failed coup on September 21.