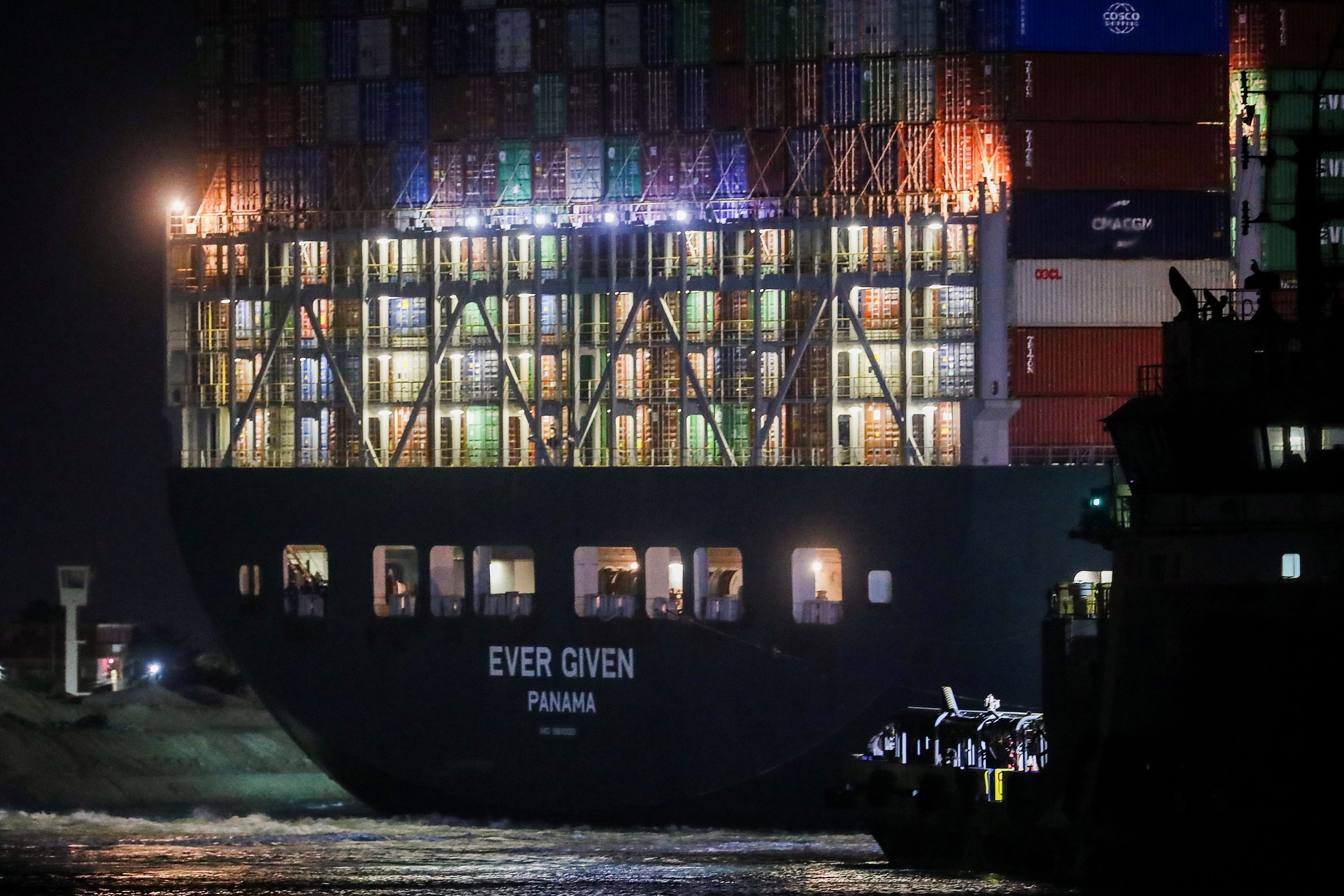 A view shows the stranded container ship Ever Given, one of the world's largest container ships, after it ran aground, in Suez Canal, Egypt March 27, 2021. (Photo: Reuters)

President Abdel Fattah al-Sisi has ordered preparations for lightening the cargo of the giant container ship grounded in the Suez Canal, the head of the canal's authority told Egypt's Extra News on Sunday.

The Ever Given container ship has been blocking the waterway since Tuesday and salvage teams have been hoping to free it with dredgers and tugs without unloading any of its cargo.