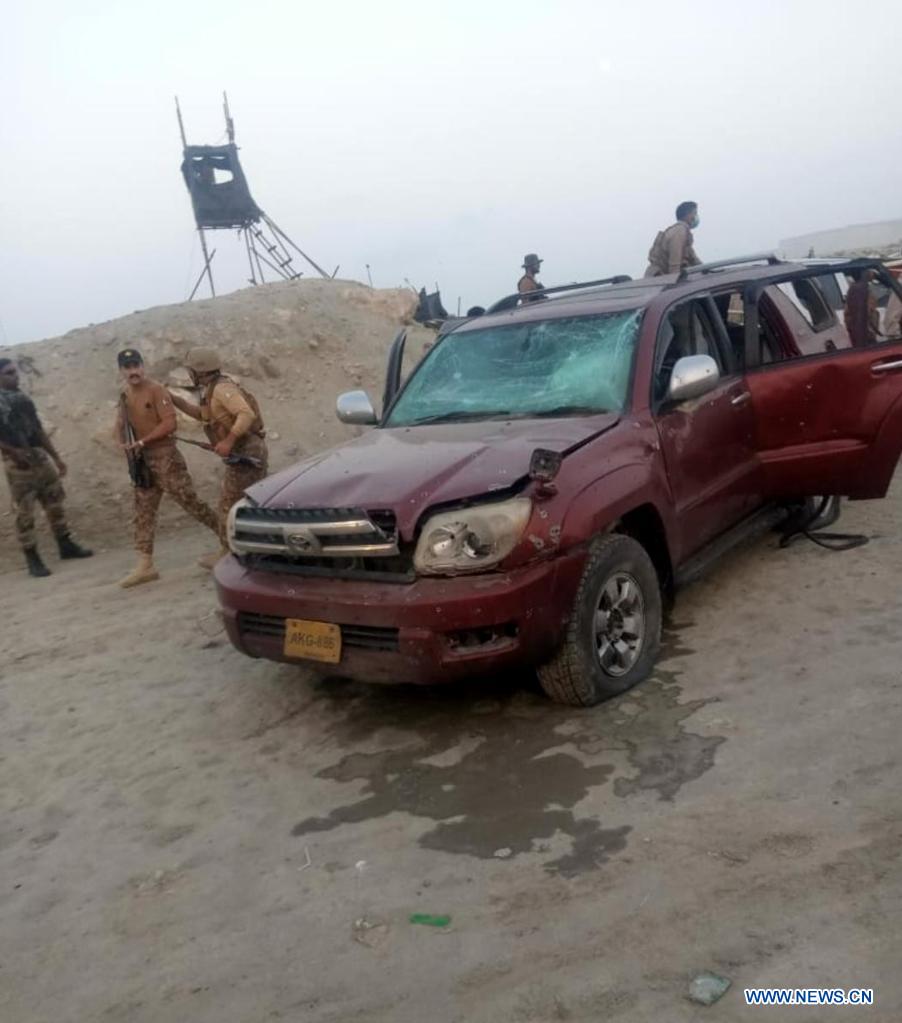 Two children were killed and three others including a Chinese national were injured in a suicide attack in Gwadar district of Pakistan's southwest Balochistan province on Friday, a Pakistani government official said.

The Chinese embassy in Pakistan confirmed that a Chinese national was injured in the suicide blast.

Spokesperson of the Balochistan government Liaquat Shahwani said on Twitter that a suicide bomber attacked a vehicle carrying Chinese nationals in Gwadar.

The spokesperson said two children who were playing nearby died while three others sustained injuries, including a Chinese national.

Local media quoting police reported that the attack took place at the expressway near the Baloch Ward area in the district.

Police, security forces and rescue teams rushed to the site, shifted the bodies and the injured to a local hospital.

Security forces cordoned off the area and launched a search operation.

Shahwani condemned the attack, adding that police and teams of counter-terrorism department are at the site and are investigating the attack.

No group has claimed the attack yet. 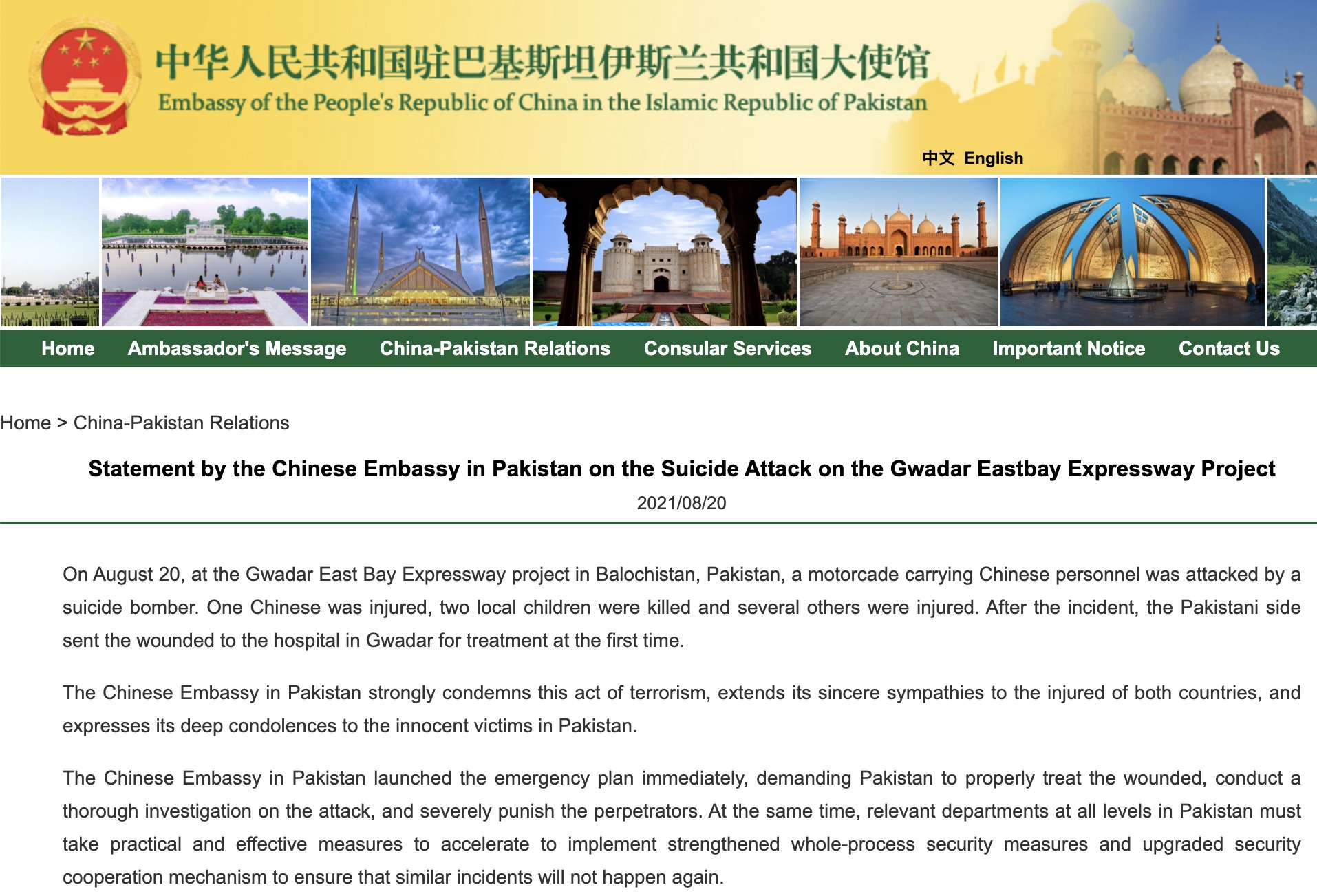 Screenshot of the website of Chinese Embassy in Pakistan