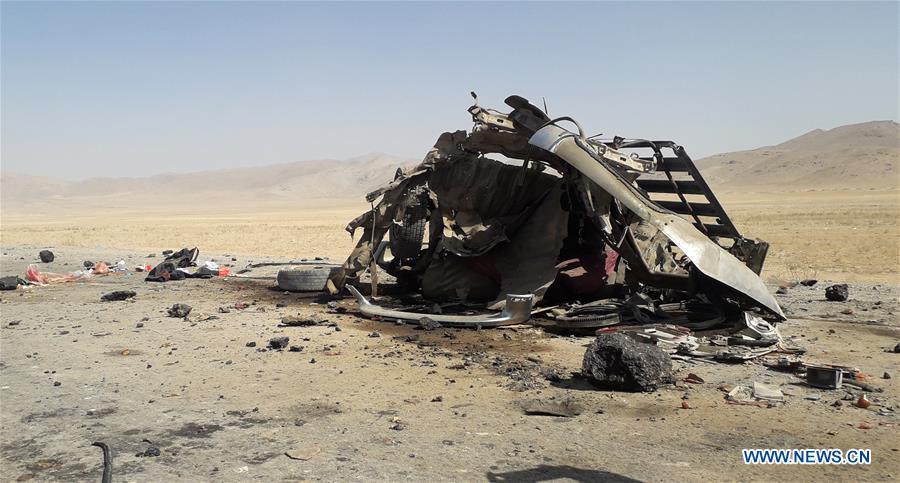 KABUL, Oct. 24 (Xinhua) -- At least 11 people were killed and over 20 others wounded in a suicide bomb blast rocking outside an education center in a western neighborhood of Afghanistan's capital of Kabul on Saturday, the local police said.

The explosion occurred roughly at 4:30 p.m. local time outside Kowsar-e-Danish, a private education center, when a suicide bomber detonated his explosive vest after being intercepted by the security guards of the facility, Kabul police spokesman Ferdaus Faramarz told reporters via a text message.

"The preliminary details found that 11 people, including the assailant, were dead and 20 others wounded. The number of casualties may change," he said.

"We heard a huge blast outside an education center in Pul-e-Khushk locality of Dashti Barchi area. The explosion triggered panic in the area in Police District 13 of Kabul," eyewitness Mohammad Nabi told Xinhua.

The casualties were transported by ambulances and police vans to hospitals.

No group has claimed responsibility for the incident yet.

Several educational and cultural centers, mosques and sports facilities have been attacked in the district in recent years, and most of the attacks have been claimed by the militants of the Islamic State (IS) group.