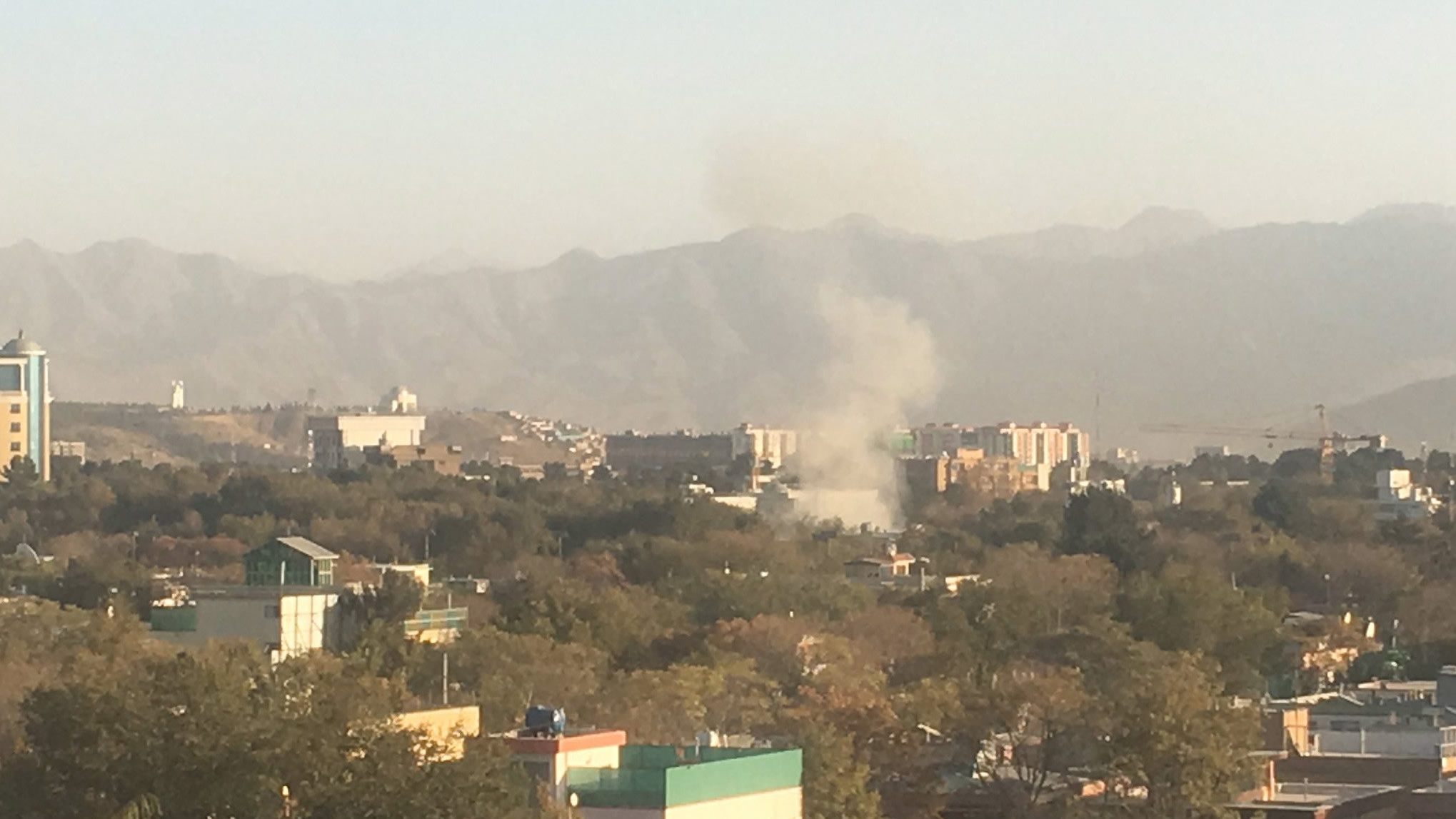 Four people were killed and 13 others wounded as a suicide bomber blew himself up in a fortified diplomatic enclave in Kabul on Tuesday, spokesman for the Interior Ministry Najib Danesh said.
"The reports we have collected indicate that four people including a woman were martyred and 13 others including some women sustained injuries," Danesh told reporters at the site of the blast in Wazir Akbar Khan area.
The spokesman said an investigation was underway and more details would be made public after completion of the probe.
However, a police officer at the site of the blast said the attacker detonated an explosive device strapped to his motorbike.
Local TV channel Tolo reported that the blast claimed the lives of seven people and injured 21 others, mostly civilians.
In a statement released hours after the blast the Islamic State (IS) group claimed responsibility for the deadly attack.
The IS outfit had claimed responsibility for an attack on Imam-e-Zaman mosque in the western edge of Kabul on Oct. 20 that left more than 50 dead and 40 others injured.