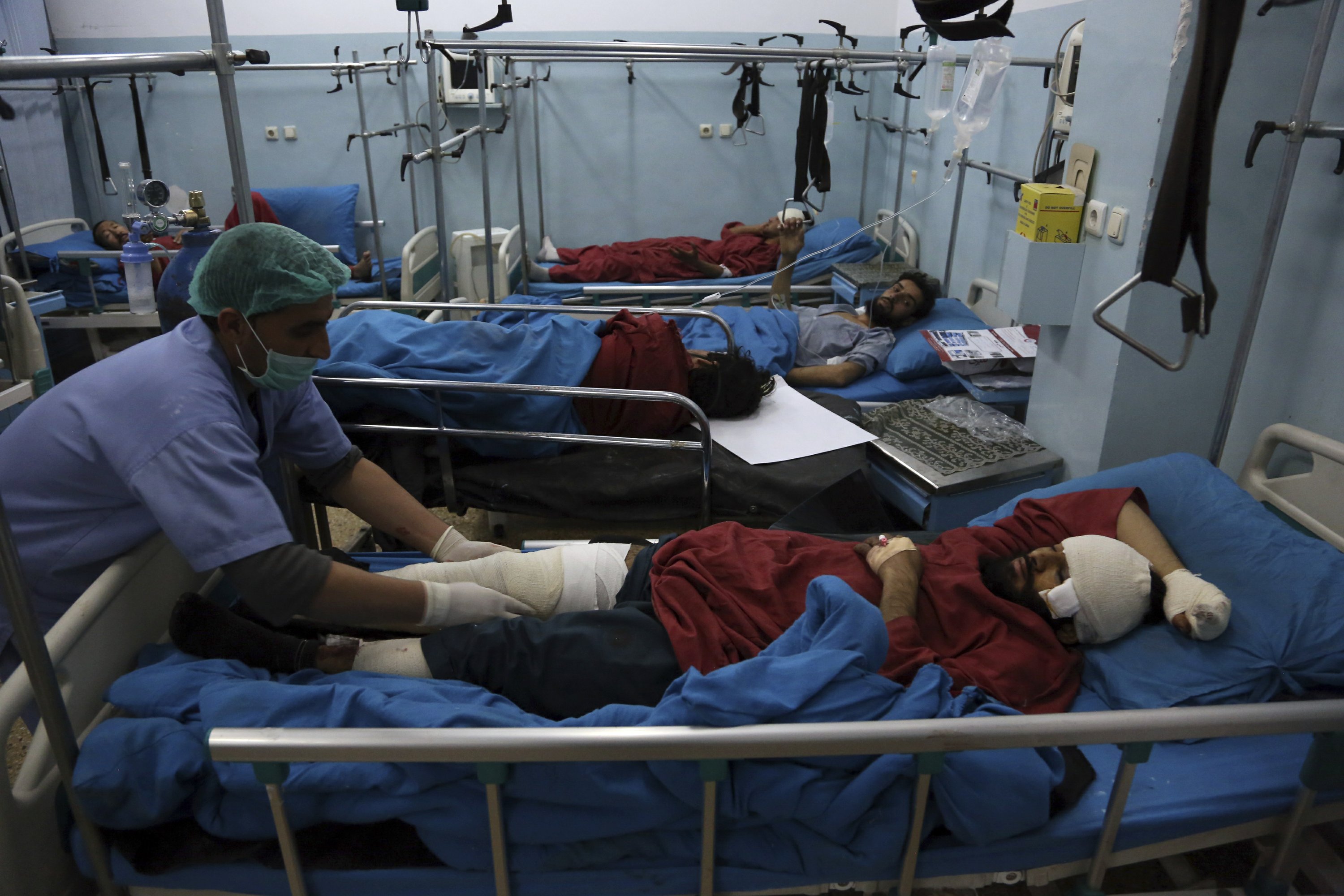 A suicide bomber targeted a gathering of hundreds of Islamic scholars in the Afghan capital on Tuesday, killing at least 50 people as Muslims around the world marked the birthday of the Prophet Muhammad.

Public Health Ministry spokesman Wahid Majroh said another 83 people were wounded in the attack, with 20 of them in critical condition and the toll likely to rise.

The suicide bomber was able to sneak into a wedding hall in Kabul where hundreds of Muslim religious scholars and clerics had gathered to mark the holiday. No one immediately claimed the attack, but both the Taliban and a local Islamic State affiliate have targeted religious scholars aligned with the government in the past.

“The victims of the attack unfortunately are all religious scholars who gathered to commemorate the birthday of Prophet Muhammad,” said Basir Mujahid, spokesman for the Kabul police chief. He said police had not been asked to provide security for the event, and that the bomber had easily slipped into the hall. Most wedding halls have private security.

Mohammad Muzamil, a waiter at the wedding hall, said he had gone into the back to fetch water for the guests when he heard the explosion.

“Everything was covered with smoke and dust,” he said. “There were dead bodies all around on the chairs, in large numbers.”

Police sealed off roads leading to the scene of the attack. Hundreds of family members and relatives gathered at local hospitals, looking at lists of those killed and wounded that were posted outside.

Afghan President Ashraf Ghani condemned the bombing, calling it “an attack on Islamic values and followers of the Prophet Muhammad,” and declaring Wednesday a day of mourning.

“It is an attack on humanity,” Ghani said.

Pakistan’s Prime Minister Imran Khan also condemned the bombing and expressed condolences to the victims. Afghanistan and the United States have long accused Pakistan of harboring the Taliban, whose leadership is based there. Pakistan denies the allegations, and says it uses its limited influence over the group to encourage peace efforts.

The Islamic State group claimed a suicide bombing in June that killed at least seven people and wounded another 20 at a meeting of the country’s top clerics in the capital. The body of religious leaders, known as the Afghan Ulema Council, had issued a decree against suicide attacks and called for peace talks. IS said it had targeted “tyrant clerics” who were siding with the US-backed government.

The Taliban denied involvement in the June attack but they also denounced the gathering.

Both militant groups want to overthrow the US-backed government and impose a harsh form of Islamic rule, but they are bitterly divided over leadership and ideology, and have clashed on a number of occasions.

Afghan security forces have struggled to combat the twin insurgencies since the US and NATO formally ended their combat mission in 2014, shifting to a support and counterterrorism role. President Donald Trump’s decision last year to send in additional US forces has had little if any impact on the ground.

The Taliban carry out near-daily attacks targeting security forces and government officials across the country, while the IS affiliate has bombed gatherings of minority Shiites, killing hundreds of civilians.