A suicide car bomb exploded at the western entry gate of the Afghan capital Friday killing at least three government security troops and wounding four others, an Afghan official said. 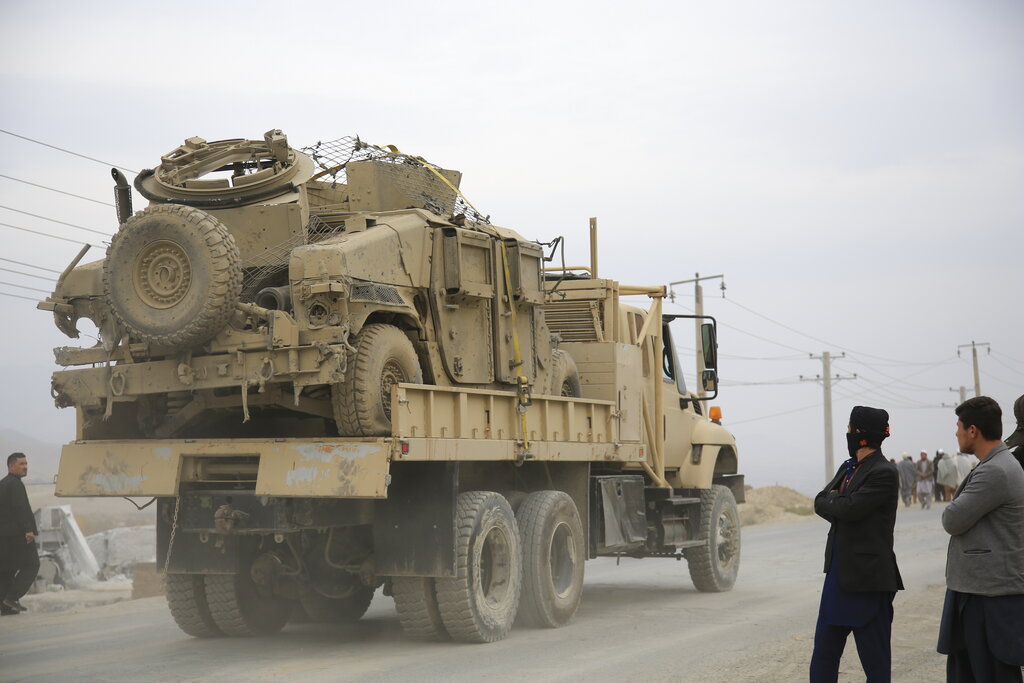 A military vehicle damaged in a blast is transported in Kabul, Afghanistan, Friday, Nov. 13, 2020. (Photo: AP)

No one immediately claimed responsibility, though suspicion immediately fell on the Taliban.

Violence and chaos have increased in Afghanistan in recent months even as government negotiators and the Taliban are meeting in Qatar to find an end to decades of relentless war in Afghanistan. The two sides have made little progress.

The attack on the army checkpoint follows weeks of violence, including an attack by gunmen earlier this month claimed by the Islamic State group affiliate at Kabul University that killed 22 people, mostly students.

The government’s head of peace negotiations, Abdullah Abdullah, on Friday urged the Taliban to reach to understanding, finding a peaceful solution to the ongoing war. “we have offered ways but Taliban are not trying to reach to an understanding”

Washington’s peace envoy for Afghanistan, Zalmay Khalilzad, has been pressing for an agreement on a reduction in violence or a cease-fire, which the Taliban have refused, saying a permanent truce would be part of the negotiations.

The talks were part of a negotiated agreement between the United States and the Taliban to allow U.S. and NATO troops withdraw from Afghanistan, ending 19 years of military engagement.