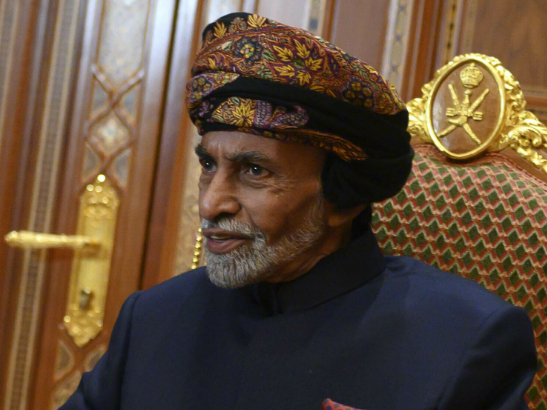 "The Diwan of Royal Court announces mourning and disrupts the official work of the public and private sectors for 3 days and flags at half-mast in the next forty days," the state TV public channel said on Twitter.
The sultan, who ruled Oman for almost half a century, died at the age of 79, Oman News Agency said. He had no children and had not publicly appointed a successor, according to media.