Supermarkets in US Texas back to normal operation after winter storm

HOUSTON, Feb. 23 (Xinhua) -- Food supplies have been restored in the U.S. state of Texas as most supermarkets operate normally on Tuesday after a devastating winter storm. 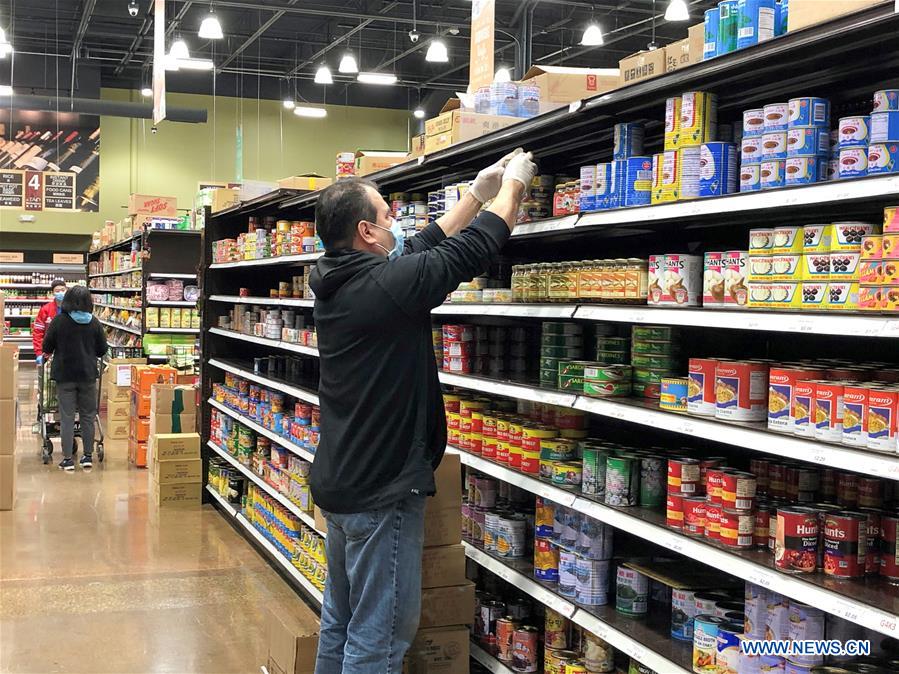 A store staff wearing a mask puts more goods on a shelf in a Chinese supermarket in Plano, a suburban city of Dallas, Texas, the United States, on April 3, 2020. (Photo: Xinhua)

In most of the supermarkets in Texas' big cities such as Houston and Dallas, food supplies are restored with shelves full of fresh produce, dairy and meat.

In Houston, supermarket chains H-E-B and Kroger announced that the stores are returning to normal operating hours, both of which have also returned to pickup and delivery services, as slots are available.

"We have been working hard to ensure our customers can get what they need at Kroger, and we couldn't do it without our incredible team of associates," Joe Kelley, president of Kroger Houston, told local media KTRK. "Many of our stores were affected by the outages, but we have come back strong, and we are here for Houston."

H-E-B released a statement saying that they're continuing to restock their stores with items that were in short supply during the storm.

The grocery store chain continues to keep some purchase limits in place. "We ask that people buy only what they need and to leave some for their fellow Texans," said the statement. Those items in limit for customers include water, eggs, bread and charcoal.

The supply chains of grocery stores were heavily impacted during last week's winter storm as many roads in Texas were blocked due to ice and snow.