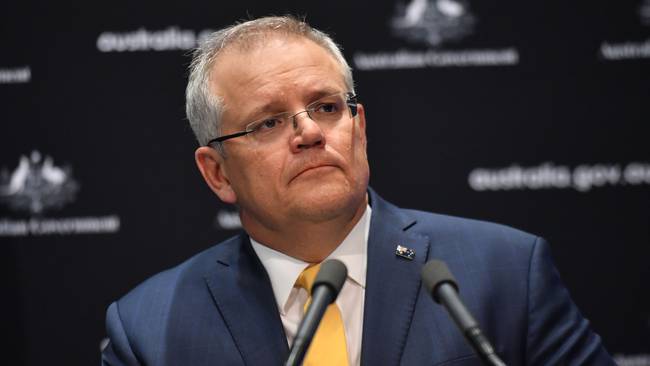 Support for the Australian government has risen amid the coronavirus pandemic, a poll has found.

According to the latest opinion poll from Newspoll, which was published by The Australian on Monday, the governing Coalition now leads the Opposition Labor Party 53-47 on a two-party preferred basis, up from 51-49 in June.

It represents the government's biggest lead over Labor since July 2019 and marks a 10-point swing towards the Coalition since it trailed the Opposition 48-52 in the wake of the summer bushfire crisis.

Prime Minister (PM) Scott Morrison's approval rating remains high as he prepares to accelerate Australia's economic recovery from the coronavirus crisis with a major economic statement to be handed down on Thursday.

Morrison's approval rating was unchanged at 68 percent. The proportion of voters dissatisfied with his performance remained at 27 percent, resulting in a net satisfaction rating of positive 41 percent -- a 63-point turnaround from negative 22 in February.

By comparison, Labor leader Anthony Albanese's satisfaction rating fell to 41 percent while his disapproval was unchanged at 40 percent.

Almost 60 percent of voters chose Morrison as their preferred PM, more than twice as many as the 26 percent who chose Albanese. Fifteen percent of respondents were undecided.

It marks another major turnaround for the PM who trailed Albanese as the preferred PM 38-43 in February.

The Australian said that the poll was conducted ­between Wednesday and Saturday and surveyed 1,850 voters across capital cities and regional areas.