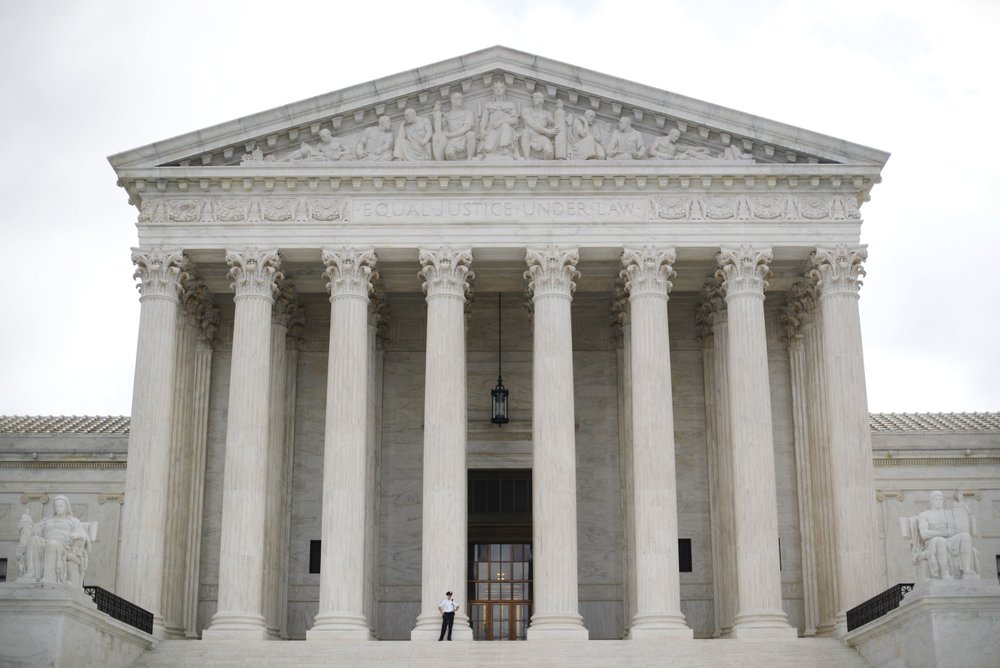 In this Oct. 9, 2018 photo, police office guards the main entrance to the Supreme Court in Washington. (Photo: AP)

The US Supreme Court said Tuesday it will take up its first gun rights case in nine years, a challenge to New York City’s prohibition on carrying a licensed, locked and unloaded handgun outside the city limits.

The court’s decision to hear the appeal filed by three New York residents and New York’s National Rifle Association affiliate could signal a revived interest in gun rights by a more conservative court. The case won’t be argued until October.

The challengers are represented by prominent lawyer Paul Clement, who has been urging the justices to elaborate on the extent of constitutional gun rights the Supreme Court declared in decisions in 2008 and 2010. The court had previously rejected several appeals.

The court may be more willing to take on a gun rights case now that Justice Anthony Kennedy has retired and been replaced by Justice Brett Kavanaugh, who was President Donald Trump’s second high-court nominee to be confirmed.

Clement says the case “is a perfect vehicle to reaffirm that those decisions and the constitutional text have consequences.”

Joining in support of gun rights, 17 states said the court should break its years-long silence and use the case to define the scope of gun rights under the Constitution and the level of scrutiny, or skepticism, judges should apply to gun laws.

New York’s ordinance allows people licensed to have handguns to carry them outside the home to gun ranges in the city. The guns must be locked and unloaded.

The city residents who filed suit want to practice shooting at target ranges outside the city or take their guns to second homes elsewhere in New York state.

Lower courts had rejected the challenge.

The city’s top lawyer, Zachary Carter, urged the court to reject the case, arguing that the restrictions allowed New York police to reduce the number of guns carried in public.

There are seven shooting ranges in the city and at least one in each of the city’s five boroughs, Carter said.