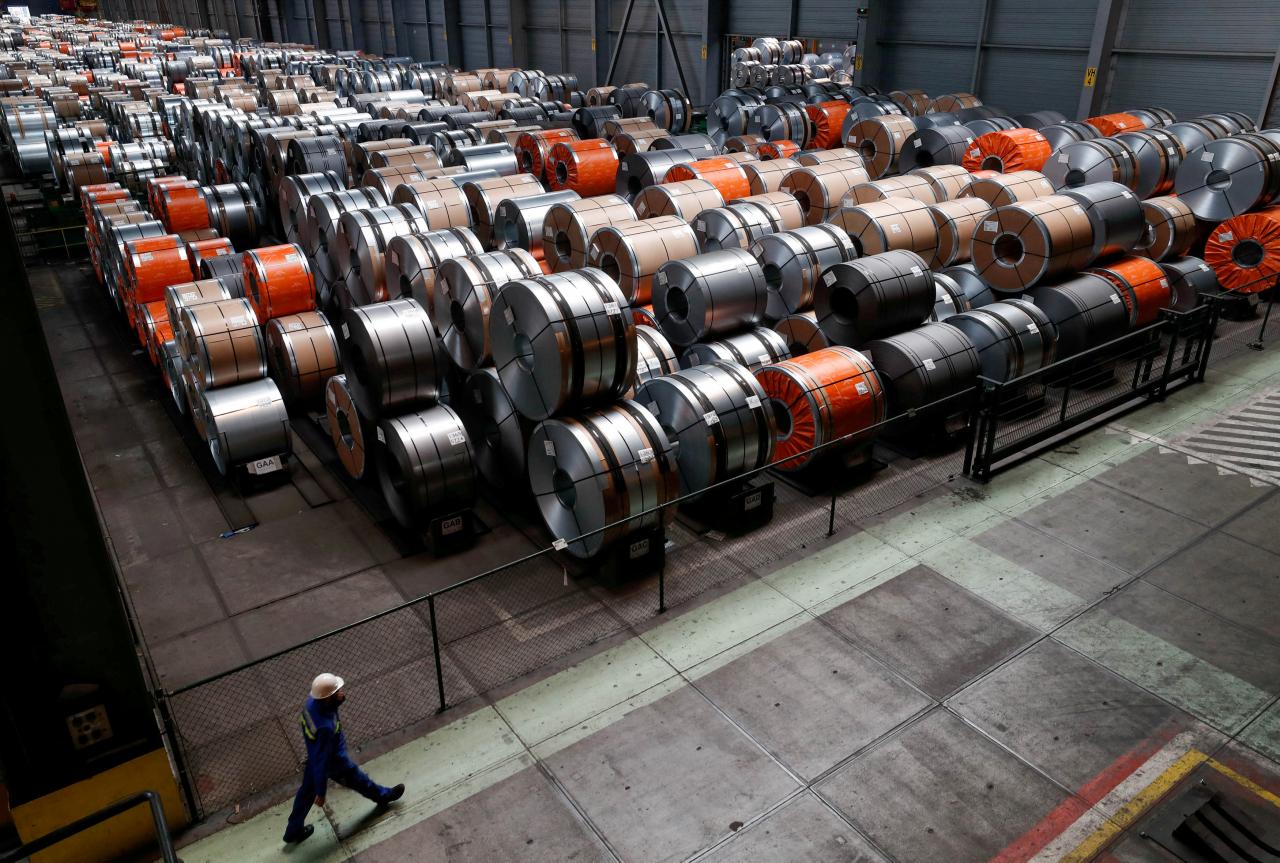 An 8 percent surge in European steel imports this year is a direct result of Washington’s import tariffs on the metal, which have caused trade flows to be deflected to Europe’s shores, European steel industry association Eurofer said on Thursday.

The association called on the European Union to impose safeguards - in the form of both tariffs and quotas - on EU steel imports to prevent a worsening steel import surge that will further harm the sector.

It added, however, that the measure might put Europe’s steel exports at risk, as other countries might be tempted to raise their own steel import barriers, causing a domino effect that would harm free trade worldwide.

“This is an absurd situation. Nations that are pro free trade are on (the verge) of starting trade war. But we are where we are. We’ll be destroyed if don’t stop this tsunami (of steel),” said Geert van Poelvoorde, Eurofer president and an executive at ArcelorMittal, the world’s largest steelmaker.

US tariffs of 25 percent on incoming steel and 10 percent on aluminum came into effect on March 23 and have been imposed on Europe, Canada and Mexico since last Friday, June 1, after their exemptions expired.

The EU has said it could impose preliminary measures to safeguard its steel and aluminum industries as early as July, mainly to prevent Asian producers flooding the European market.

Steel is the second biggest industry in the world after oil and gas.

“We should have a (safeguard) quota based on the average (steel import levels) of the last three years. Above that quota, a 25 percent tariff should apply. We can’t have symbolic action,” said van Poelvoorde.

Also, Europe exports about 5 million tonnes of steel to the United States each year, but post tariffs, around a third of those exports might remain in Europe as they would likely struggle to find new export markets outside the United States.

“Collateral damage could come if more countries close their markets to European steel. They might take the same (safeguard) measures ... depending on how Europe defines its measures,” said

EU members have also given broad support to a European Commission plan to set 25 percent duties on up to 2.8 billion euros ($3.3 billion) of US exports in response to what it is sees as illegal US trade action.