GENEVA, March 17 (Xinhua) -- The World Health Organization (WHO) on Wednesday reported in its weekly update a surge in new COVID-19 cases as more countries are declaring the presence of the contagious coronavirus variants within their borders. 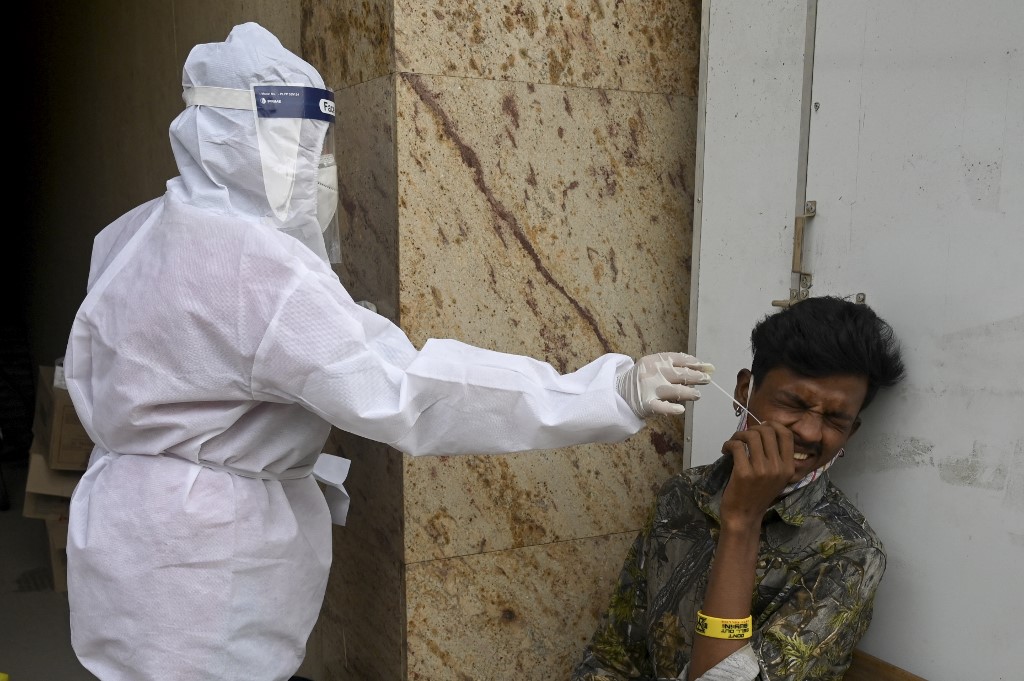 A health worker takes a nasal swab sample of a man during a Covid-19 coronavirus screening in Mumbai on March 17, 2021. (File photo: AFP)

The WHO said that in the week ending March 14, more than three million new cases were identified, an increase of 10 percent over the week before, reversing a trend that saw cases declining since February 2021.

"After peaking in early January 2021 when there were under 5 million cases, new cases then declined to around 2.5 million in the week commencing Feb. 15," the Geneva-based organization outlined. However, cases "have increased again" in the past three weeks.

According to the WHO, the Americas and Europe continued to account for over 80 percent of new cases and new deaths during the period. Brazil, the United States and France were the most affected.

Furthermore, more countries reported cases of coronavirus variants, markedly of the contagious variants that originated from Britain and South Africa.

The B117 variant that was first detected in Britain has been found in 118 countries while the one that started in South Africa was spotted in 64 countries.

Nonetheless, new deaths seem to be decreasing, as the WHO weekly update showed that fewer than 60,000 people died of COVID-19 last week, a number that is at its lowest since November 2020.