WORLD Surge in virus cases in Europe of 'great concern': WHO Europe

Surge in virus cases in Europe of 'great concern': WHO Europe 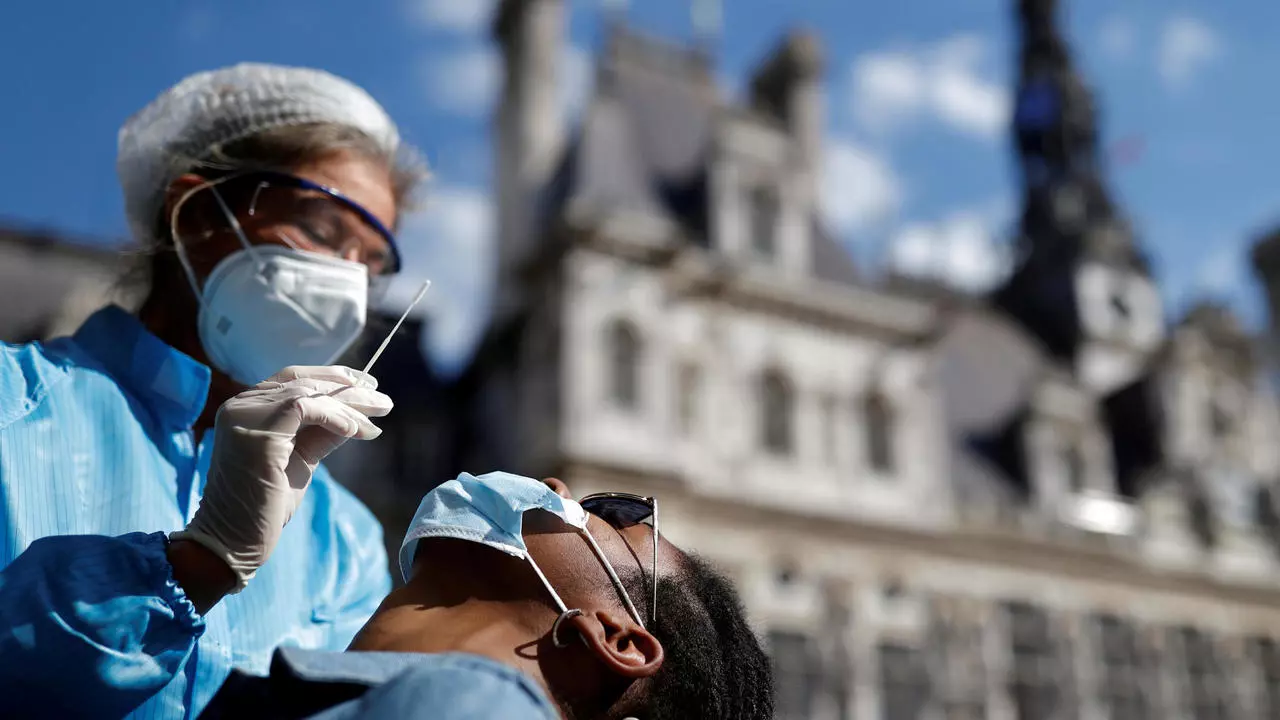 A health worker, wearing a protective suit and a face mask, prepares to administer a nasal swab to a patient at a testing site for the coronavirus disease (COVID-19) installed in front of the city hall in Paris, France, September 2, 2020. (File photo: AFP)

The World Health Organization's European office said Thursday the soaring number of Covid-19 cases in Europe was of "great concern", but that the situation was still better than the peaks in April.

"Daily numbers of cases are up, hospital admissions are up," the WHO's regional director for Europe Hans Kluge told a press conference.

"Covid is now the fifth leading cause of deaths and the bar of a 1,000 deaths per day has now been reached."

But he said that "we are not" in the situation experienced in March and April.

He said part of the increase could be traced to a higher level of testing among younger people, and the lower mortality could be explained by the virus spreading in younger, less vulnerable groups.

However, Kluge added that if measures against the virus were relaxed, projections showed that by January 2021 mortality levels could be four to five times those recorded in April.

Conversely, "simple measures" such as widespread mask use coupled with strict control of social gatherings could save over 280,000 lives by February.

WHO Europe includes 53 countries, including Russia and countries in central Asia, and among member countries over 7.25 million cases of Covid-19 have been recorded and nearly 250,000 deaths.