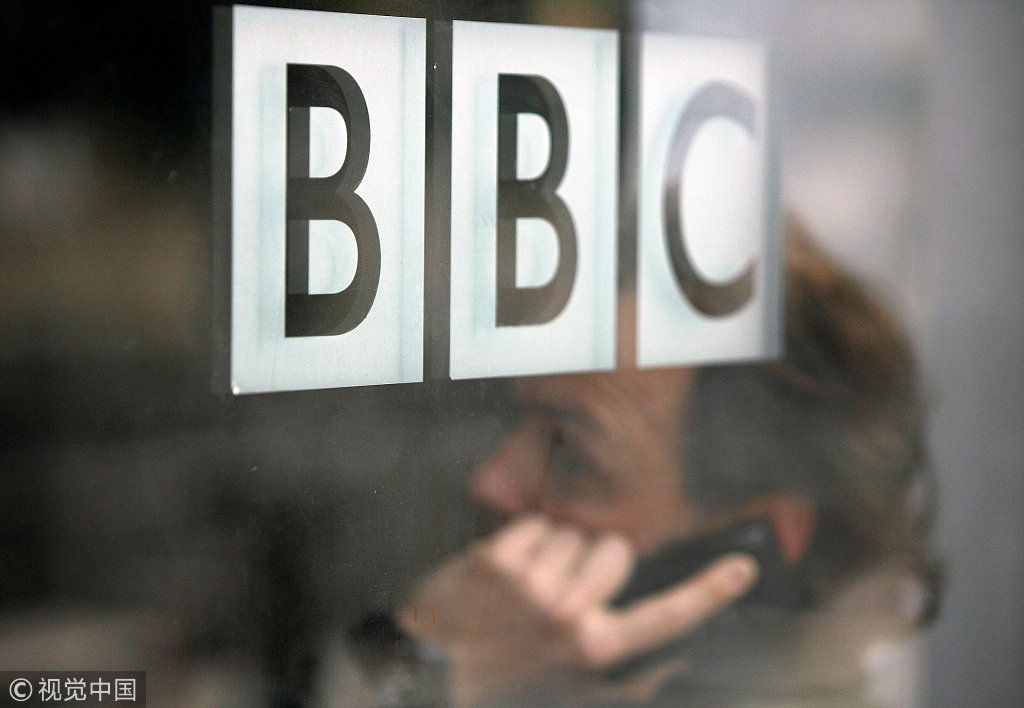 The United Kingdom's public service broadcasting network, the BBC, which has long been seen as a paragon of journalistic virtue, is losing the trust of Britons, according to a new YouGov survey.

The poll of 1,660 British adults shows fewer than half now believe the British Broadcasting Corporation is honest and impartial.

The National, a pro-independence Scottish newspaper, said the poll shows a decline in public trust between October and December, during the general election campaign, when the broadcaster was criticized for bias against some parties, including the Scottish National Party.

The pollsters found that, in December, 28 percent of respondents did not have much trust in the broadcaster and 20 percent had none at all. Only 8 percent trusted the BBC a great deal.

The results contrasted with a survey in October that found 51 percent trusting the BBC "a great deal" or "a fair amount".

People who voted to leave the European Union in the 2016 referendum were the most likely to mistrust the BBC. Conservative Party supporters were less trusting than those who backed the Labour Party and the Liberal Democrats.

Yahoo News UK said some critics felt the BBC went soft on the Conservative Party during the election campaign because the corporation feared it would face consequences if it attacked the party and the Conservatives were returned to power.

Journalist and broadcaster Peter Oborne wrote in the Guardian: "The BBC has been behaving in a way that favors the Tories.

"I hope that BBC executives are not favoring the Tories simply because they fear the revenge a Conservative government would take if the corporation gave proper scrutiny to its stunningly dishonest campaign."

The BBC's senior political reporter Laura Kuenssberg was unpopular with Labour Party supporters during the campaign, especially after she tweeted that a Labour activist had punched a Conservative Party adviser when it transpired he had accidentally walked into a protester's arm.

But, despite the claims of a Conservative Party bias, others said the broadcaster was pro-Labour. Senior Conservative Party figures reportedly attacked the BBC after presenter Andrew Neil criticized Prime Minister Boris Johnson in a monologue for failing to turn up for an interview.

The haranguing prompted former Today program host John Humphrys to write in the Daily Mail that it was "crass to let Andrew Neil treat the prime minister as a naughty boy".

But the BBC's election anchor Huw Edwards insisted in a LinkedIn blog post that the corporation tried, as ever, to be impartial.

"We are all committed to providing a fair service, but we sometimes make mistakes, which we deeply regret," he wrote.

A BBC spokesperson said: "BBC News is the most trusted source of impartial news in the UK, with significantly higher levels of trust compared to other broadcasters and newspapers."

It said its aim during the election campaign was "to be on the side of the audience".