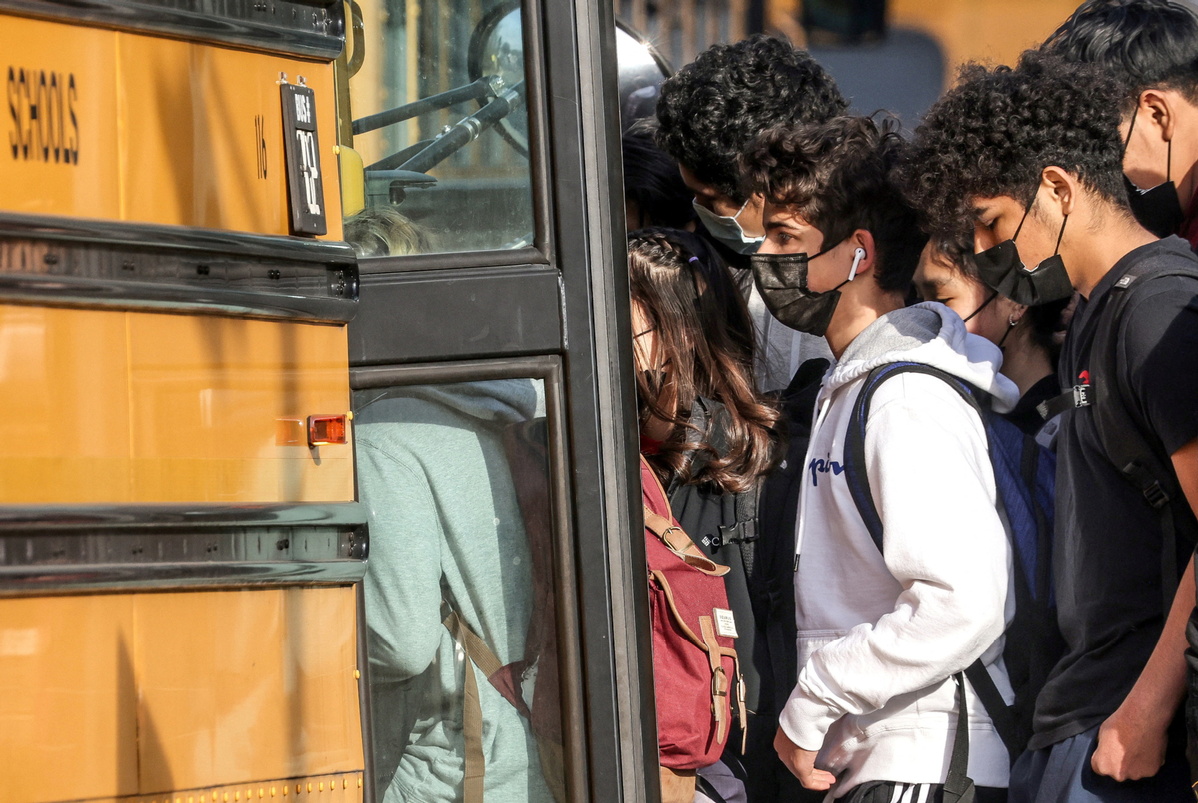 Students board a school bus outside of Washington-Liberty High School in Arlington County in Arlington, Virginia, US, January 25, 2022. (Photo: Agencies)

More American high school students reported feeling hopeless or considering suicide amid the COVID-19 pandemic, and stress from their parents exacerbated the situation, according to a nationwide survey.

The Adolescent Behaviors and Experiences Survey by the US Centers for Disease Control and Prevention (CDC) was conducted between January and June 2021 and sampled 7,705 students in Grades 9-12 from private and public high schools.

More than half — 55 percent — of the respondents said a parent or other adult in their home swore at them, insulted them or put them down, while 11 percent reported physical abuse such as being hit, beaten or kicked after the pandemic started.

Roughly 22 percent of students said some adult in the household lost a job during the pandemic, and 23 percent said they went hungry due to a shortage of food at home.

More than 44 percent of respondents had felt sad or hopeless at one time or another and 31 percent reported feeling anxious and depressed most of time. Of those, LGBQT students were more than twice as likely to feel depressed compared with heterosexual students.

For some, the situation was more dire: About 20 percent thought of committing suicide, and about 9 percent attempted suicide. Female students were more than twice as likely to attempt suicide than male students, according to the CDC report.

Kathleen Ethier, director of the CDC's Adolescent and School Health Division, told The New York Times that the mental health crisis is serious among young people: "That means a significant portion of our young people are telling us they don't want to live right now."

During the pandemic, 37 percent of the students reported poor mental health most of the time. About 66 percent reported that they found it more difficult to do homework after the pandemic started, and 45 percent of students said they have had serious difficulty concentrating, remembering or making decisions.

Asian, black and multiracial students reported the highest levels of experiencing racism. Close to 64 percent of Asian students said they were treated badly due to their race, while only 22.5 percent white students claimed so.

The CDC data showed that youth who felt more connected to people at their schools had better mental health. However, young people who experienced racism were less likely to feel that way.