Survivors of a South Korean tour boat sinking in Budapest say they were taking photos or preparing to disembark when they were thrown into waters after another ship rammed their boat. 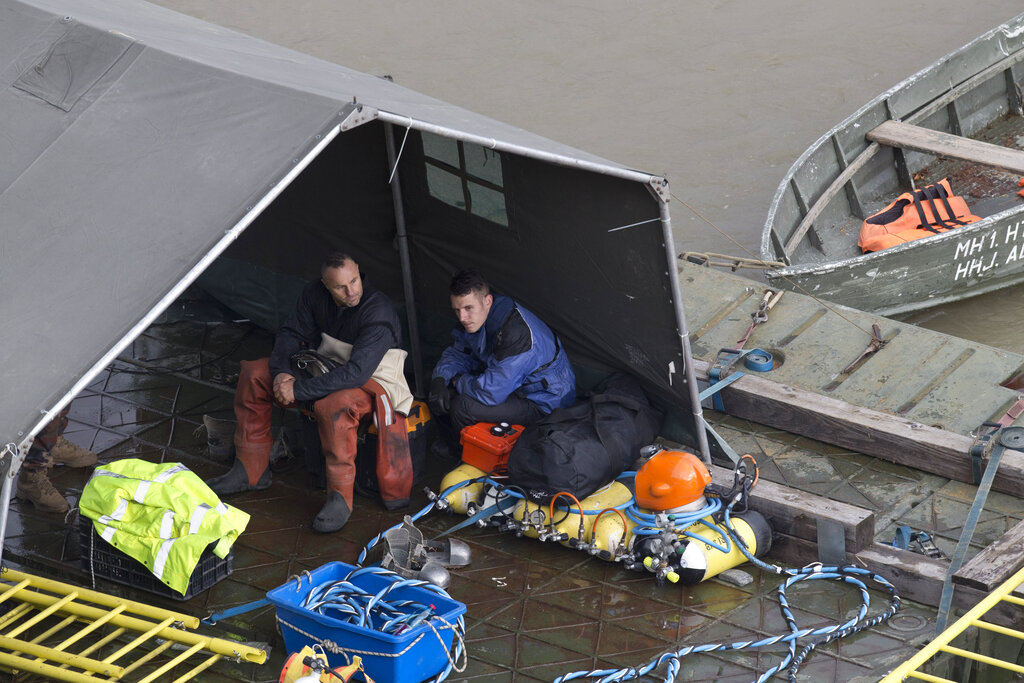 Memebers of the rescue crew sit on a flating barge on the Danube after a vessel capsized in Budapest, Hungary, Thursday, May 30, 2019. (Photo: AP)

The sightseeing boat carrying 33 South Koreans and two Hungarian crew sank on the Danube Wednesday night. Seven people are confirmed dead, seven have been rescued and 21 others are still missing as of Friday.

Yonhap news agency cited one survivor surnamed Jeong as saying she was photographing the city's night view on the ship's deck when she saw a big cruise ship approaching and hitting her boat.

She says about 20 people on the deck were all thrown into waters.

Jeong and another survivor surnamed Yoon say they were rescued while holding a drifting lifeboat.