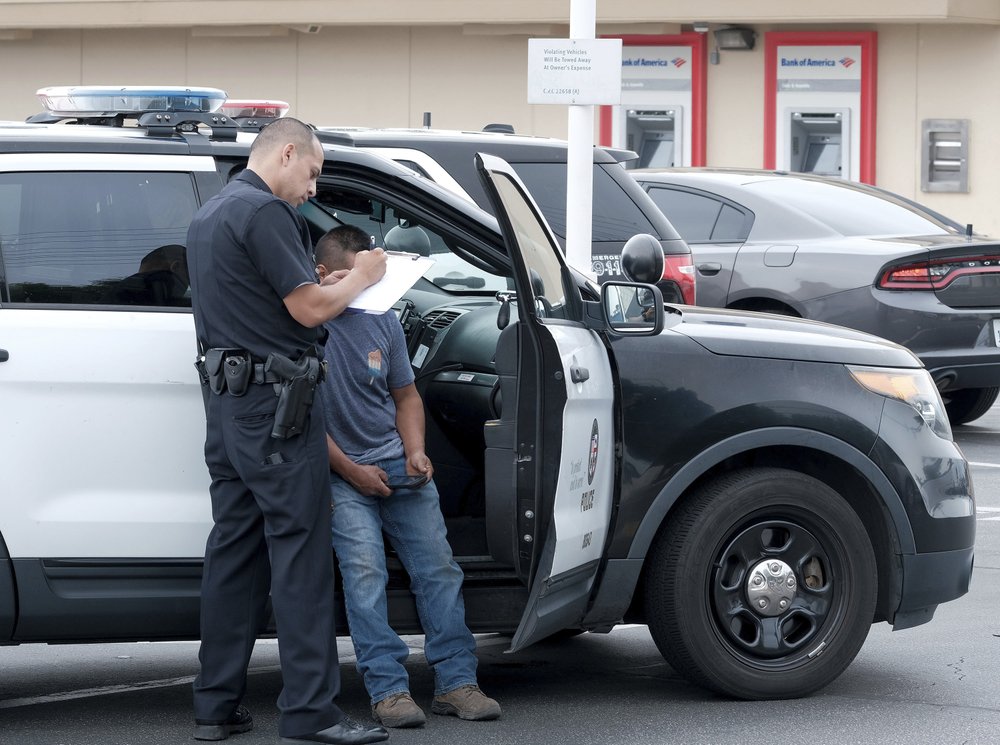 A LAPD officer talks to the victim of an attempted robbery in Los Angeles on Thursday, July 25, 2019. (Photo: AP)

LOS ANGELES, July 25 (Xinhua) -- A gunman, accused of killing four persons and injuring two others in a series of shooting from Thursday morning to afternoon, was taken into custody, Los Angeles Police Department (LAPD) confirmed.

"We can confirm Gerry Dean Zaragoza, the suspect believed to be connected to 4 homicides in the San Fernando Valley, has been taken into custody." the LAPD tweeted about 3:00 p.m. local time, three hours after the latest shooting made by the 26-year-old man on a bus platform in Van Nuys, a neighborhood of Los Angeles located 30 kilometers west of LA downtown.

Besides of the fatal shooting on bus platform, Zaragoza is suspected of killing his father and brother and wounding his mother in Canoga Park Thursday morning, then shooting a women to death at a gas station and injuring a man outside a bank in North Hollywood when he attempted to rob the victim.

Canoga Park, North Hollywood and Van Nuys are all communities in the San Fernando Valley, Van Nuys is the most populous one in the area.