Officials in Bulgaria say a suspect in the rape and killing of an investigative journalist has been arrested in Germany. 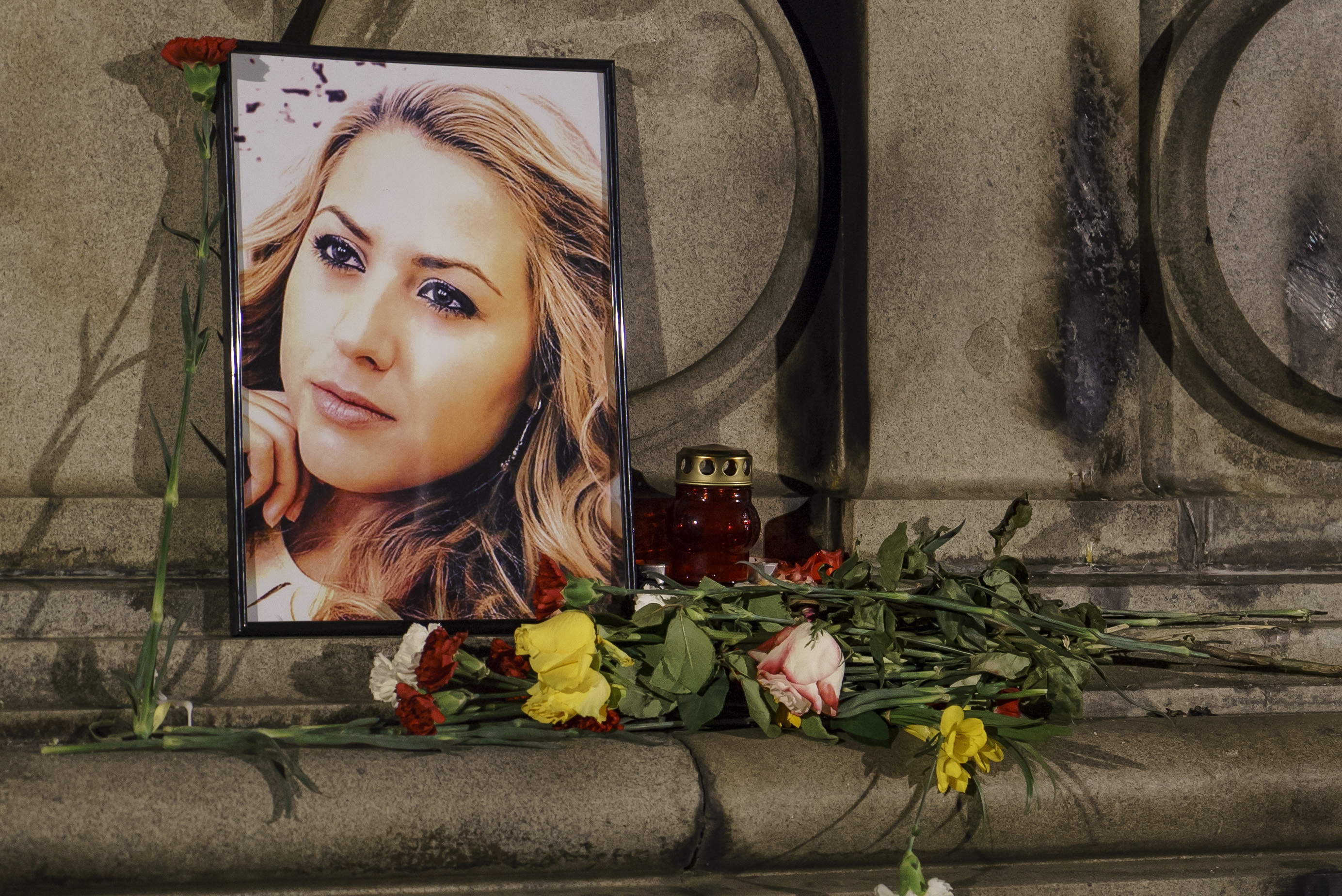 A portrait of slain television reporter Viktoria Marinova is placed on the Liberty Monument next to flowers and candles during a vigil in Ruse, Bulgaria, Tuesday, Oct. 9, 2018. (Photo: AP)

Interior Minister Mladen Marinov said investigators had found DNA evidence on the clothes and body of Viktoria Marinova, who was raped and killed on Saturday in the northern town of Ruse.

"There is physical evidence to link to the murder," Marinov said Wednesday. He said Krasimirov, a resident of Ruse, had a criminal record for scrap metal theft.

The minister said investigators had spoken to Marinova's family and friends and "there is no apparent link to her work."

While Marinova didn't appear to have been closely involved in the fraud investigation, her show touched on a sensitive subject in Bulgaria, where corruption is endemic. The Balkan nation, which joined the EU in 2007, was ranked 71st on Transparency International's corruption list last year.

Joining the bloc opened an enormous spigot of possible new funding for Bulgarian infrastructure projects or other programs designed to bring the nation up to EU standards.