WORLD Suspect in US shooting resigned before killing 12

Suspect in US shooting resigned before killing 12 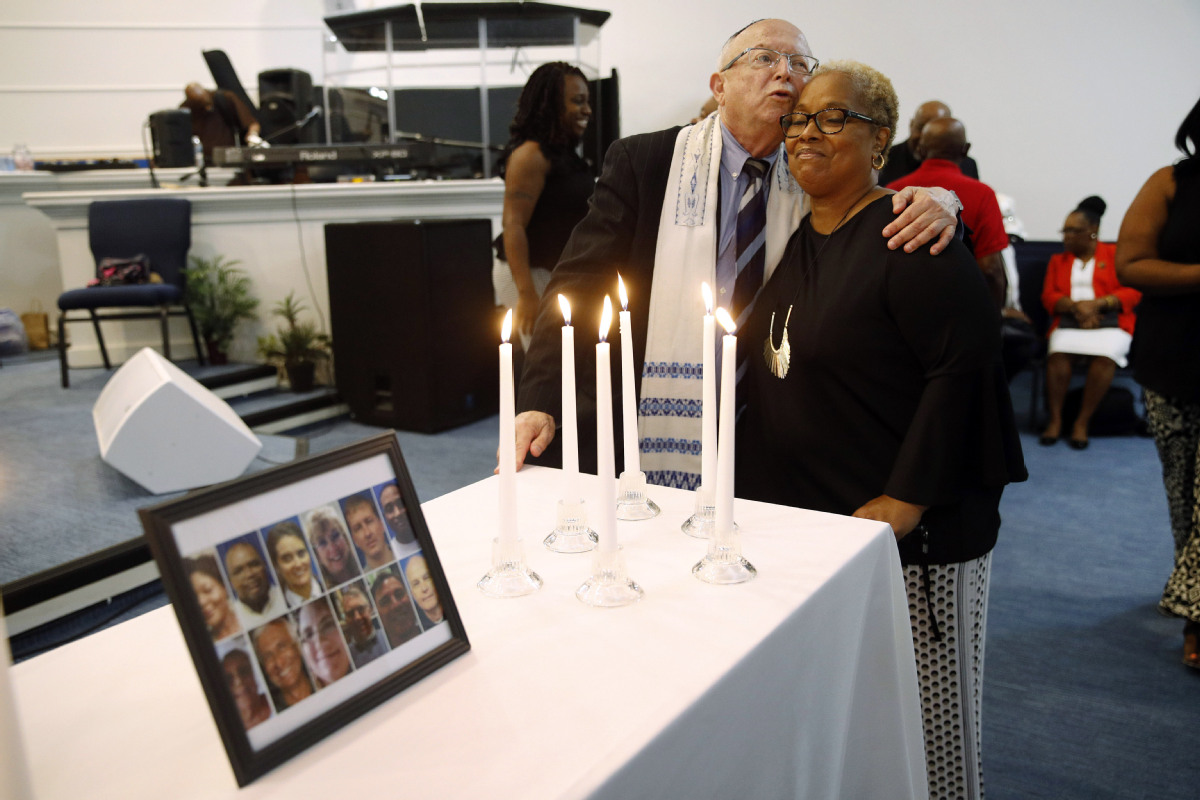 Mourners embrace after a vigil on Sunday at Piney Grove Baptist Church, in response to a mass shooting near Virginia Beach, Virginia, United States. (Photo: AP)

WASHINGTON - The engineer who shot dead 12 people at a municipal building in a US beach resort city had submitted his resignation hours before the killings, a city official said on Sunday.

DeWayne Craddock, 40, had worked as an engineer for the public works department in Virginia Beach, Virginia, for about 15 years before carrying out the Friday rampage at his workplace that also left four people wounded.

According to the Washington-based Gun Violence Archive monitoring group, it was the 150th mass shooting - with four or more people shot or killed - in the United States this year.

On Sunday, US President Donald Trump attended a church service in a Virginia town outside Washington where - dressed uncharacteristically in a blazer but no tie - he prayed for the victims of the shooting.

While authorities haven't detailed a motive for the killing spree, Virginia Beach City Manager Dave Hansen confirmed at a news conference that Craddock had given his superiors two weeks' notice of his resignation the day of the shooting.

"He was not terminated and he was not in the process of being terminated," Hansen said. "To my knowledge, the perpetrator's performance was satisfactory. ... There were no issues of discipline ongoing."

Hansen said police were looking for the resignation notice.

Firing indiscriminately across three floors of the municipal building, the gunman killed seven men and five women, all but one of whom worked for the government of the coastal city a four-hour drive southeast of Washington.

Craddock was armed with two.45 caliber pistols purchased legally, authorities said, and reloaded several times during the shooting, before police shot him dead during a gunfight.

US gun ownership laws are among the most lax in developed countries, and legislative efforts to address the issue have long been deadlocked.