Suspected racist attacks on rise in Italy amid anti-immigrant rhetoric 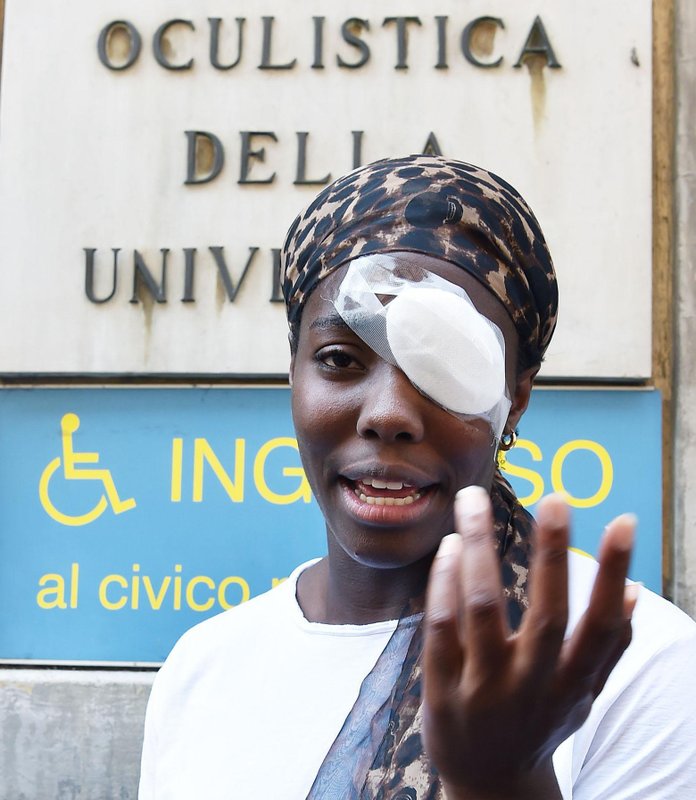 ROME, July 30 (Xinhua) -- A rise of suspected racist attacks has been registered in latest weeks in Italy, amid a growing rhetoric against immigrants across the country.

The latest episode occurred on Sunday night, when athlete Daisy Osakue was targeted by eggs being thrown from a car in the town of Moncalieri in northwest Piedmont region, local media reported on Monday.

The 22-year-old Italian of Nigerian origins, who competes with the Italian team in the women's discus throw, was caught in one eye, and hospitalized at the Ophthalmic Center in Turin with an abrasion in the left cornea.

She was initially said to be at risk of skipping next contests due to the severity of the injury. Later on Monday, Osakue reassured her fans the abrasion would not stop her from competing in the European Championships scheduled in Berlin, Germany, on Aug. 6-12.

"Luckily for me, it was just an egg ... but next time it might be a stone," the young athlete told Ansa news agency in a video interview.

Several women from African countries would usually attend that area of Moncalieri in the evening as sex workers, Osakue stressed.

"If I have to think about a reason for doing such a thing, racism is the only one that comes to my mind: (it was) not against me as Daisy, but against me as a black girl," she added.

However, Carabinieri police investigating the incident did not confirm the racial motive behind the aggression, saying similar episodes had occurred in previous days, Ansa reported.

Another suspected racist attack also took place on Sunday night in Aprilia near Rome, where a 43-year-old Moroccan man died after being chased by car by three Italian men who believed him a thief.

The victim was himself driving, and was found senseless out of his car, out of the road, while two of the three chasers were around him, Carabinieri local chief Gabriele Vitagliano told state-run RAI News TV channel.

"It turned out the person died from a trauma," Col. Vitagliano said.

"We deem he was hit by one or more blows, but I have to specify. We do not believe it was a beating," the officer added.

An autopsy was ordered to ascertain the cause of the victim's death, and the two Italians found with him were charged with involuntary manslaughter.

Since Prime Minister Giuseppe Conte's right-wing government has been formed in early June, Italy has been implementing a crackdown on illegal immigration led by Interior Minister Matteo Salvini.

At the same time, an anti-immigrant rhetoric triggered in the bitter campaign preceding March elections has visibly grown across the country.

While center-left opposition figures criticized the government for not openly condemning the wave of attacks, Salvini denied there was such a problem. "The only alarm is represented by the many crimes committed by immigrants," the interior minister said on twitter.

"Assaulting and beating is a crime to be punished, regardless of the colour of who commits it," La Repubblica daily further reported him as saying.

"However, accusing all Italians and the government of racism after some limited episodes is madness," Salvini added.

Considering only latest cases of abuse against foreigners (or foreign-perceived) people only, a little girl from the Roma ethnic minority was hit by a pellet gun while she was in her mothers' arms on a large street of Rome in mid-July.

The perpetrator was an Italian man in his late 50s, who fired from his balcony, and said the shot to the child was unintentional. He is currently charged with serious injury.

Last week, two immigrant workers from Cape Verde and Guinea were reached by shots (of a pellet gun in one case) near northern Vicenza and in southern Caserta, respectively.

In the first case, police arrested a 40-year-old Italian, who said he had aimed at pigeons.

Since early June, similar but separated episodes targeted two migrants from Mali in Caserta, and another Malian in Naples.

On July 28, a 19-year-old Senegalese asylum seeker working as a waiter in Sicily was beaten up by a group of Italians, and received racist slurs.

The UN refugee agency UNHCR on Monday issued a statement expressing "deep concern over the growing number of attacks in latest months against migrants, asylum seekers, refugees and Italian citizens of foreign origins."

"We cannot tolerate this escalation of indiscriminate violence, which shows an alarming racial motivation," the UNHCR representative for South Europe, Felipe Camargo, said in the statement.

Italian President Sergio Mattarella also appeared concerned enough by such a string of cases to raise alarm during a traditional ceremony with the press at the Quirinale palace last week.

Warning that "exercising control over speech is a duty," he urged politics and media to fight hate speech on social media and racist prejudices in the country.

"Italy cannot resemble the Far West, where a man buys a rifle and shoots from his balcony, wounding a one-year-old girl, ruining her health and her future," Mattarella said.

"This is barbarism, and it must spark indignation," the president added.