Indonesian police suspect two people took part in a suicide bombing outside a cathedral in the port city of Makassar, capital of South Sulawesi province in east Indonesia on Sunday morning, injuring at least 14 people. 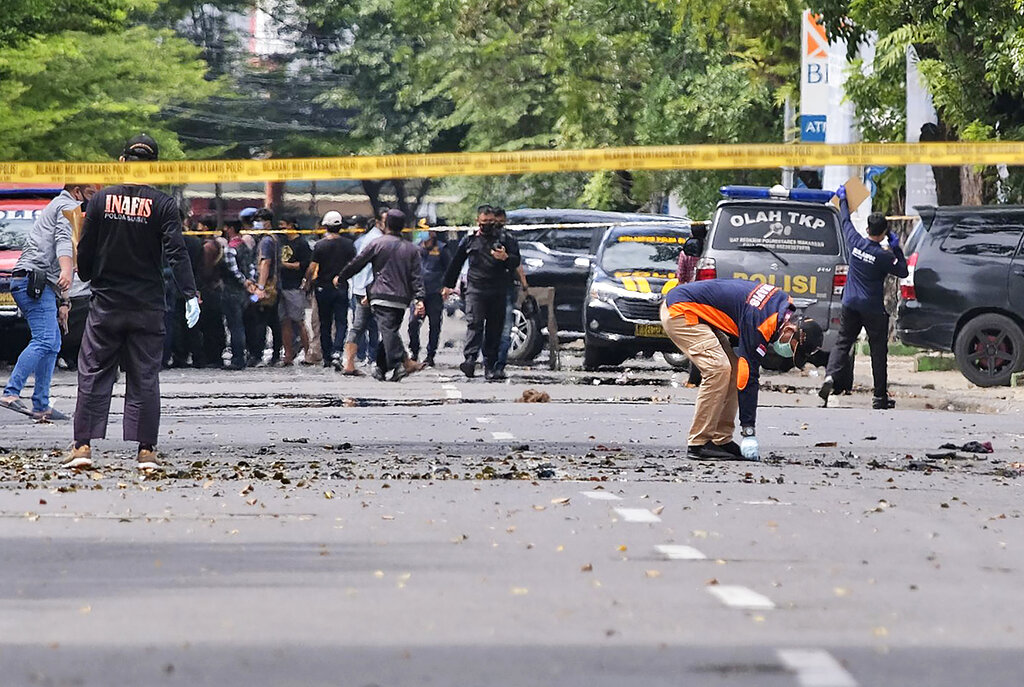 Police officers inspect the area near a church where an explosion went off in Makassar, South Sulawesi, Indonesia, Sunday, March 28, 2021. (Photo: AP)

The suicide bombing occurred at around 10:30 a.m. local time outside the church. Two people were allegedly riding a motorcycle trying to enter the church yard, but were stopped by church security, ahead of the explosion.

Human body parts were reported to be found at the scene, but it was not confirmed yet whether they belong to the bombing suspects or other victims.

The injured were rushed to hospitals, while news footage showed cars near the building were damaged as police cordoned off the area. 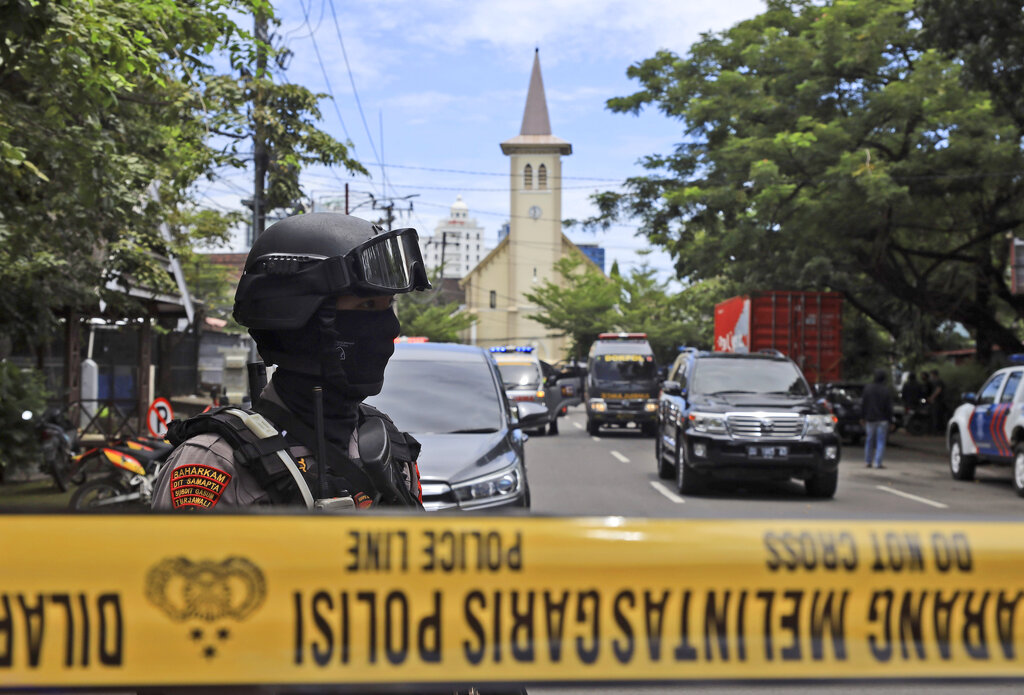 A police officer stands guard near a church where an explosion went off in Makassar, South Sulawesi, Indonesia, Sunday, March 28, 2021. (Photo: AP)

Churches have been targeted by extremists in Indonesia several times in recent years.

In 2018, dozens of people were killed when suicide bombers attacked three churches during Sunday services in the city of Surabaya in East Java.