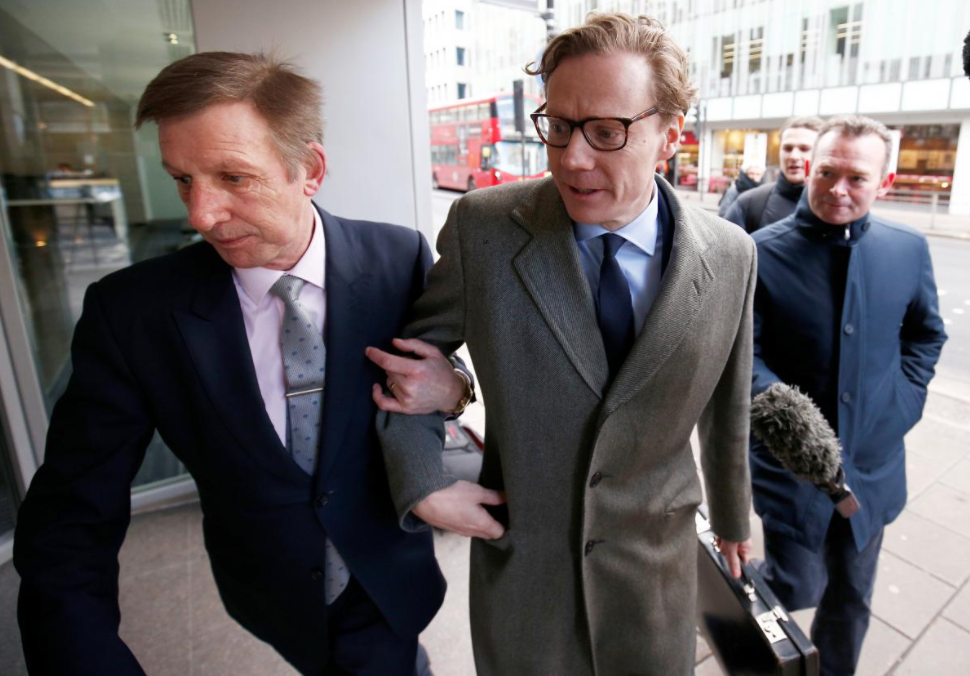 The suspended CEO of Cambridge Analytica, a political consultancy at the center of a scandal over the use of Facebook data, has canceled an appearance before British lawmakers, the chairman of a parliamentary committee said on Tuesday.

Alexander Nix had been due to testify on Wednesday.

“His legal representation has said that he’s now not able to give evidence to the committee tomorrow, as a consequence of him having been served an information notice, and being subject to a criminal investigation by the Information Commissioner’s Office,” Damian Collins, chair of the Digital, Culture, Media and Sport Committee, said at a session of the committee.

“We do not accept Mr Nix’s reason for not appearing in a public session before the Committee,” he added in an emailed statement. “There is therefore no legal reason why Mr Nix cannot appear.”

Collins said he was considering a formal summons for Nix, and he hoped to provide an update on a date for a new hearing early next week.