STOCKHOLM, March 3 (Xinhua) -- A baby, who tested positive for COVID-19 two days after birth, was confirmed infected in the womb, Swedish doctors said on Wednesday. 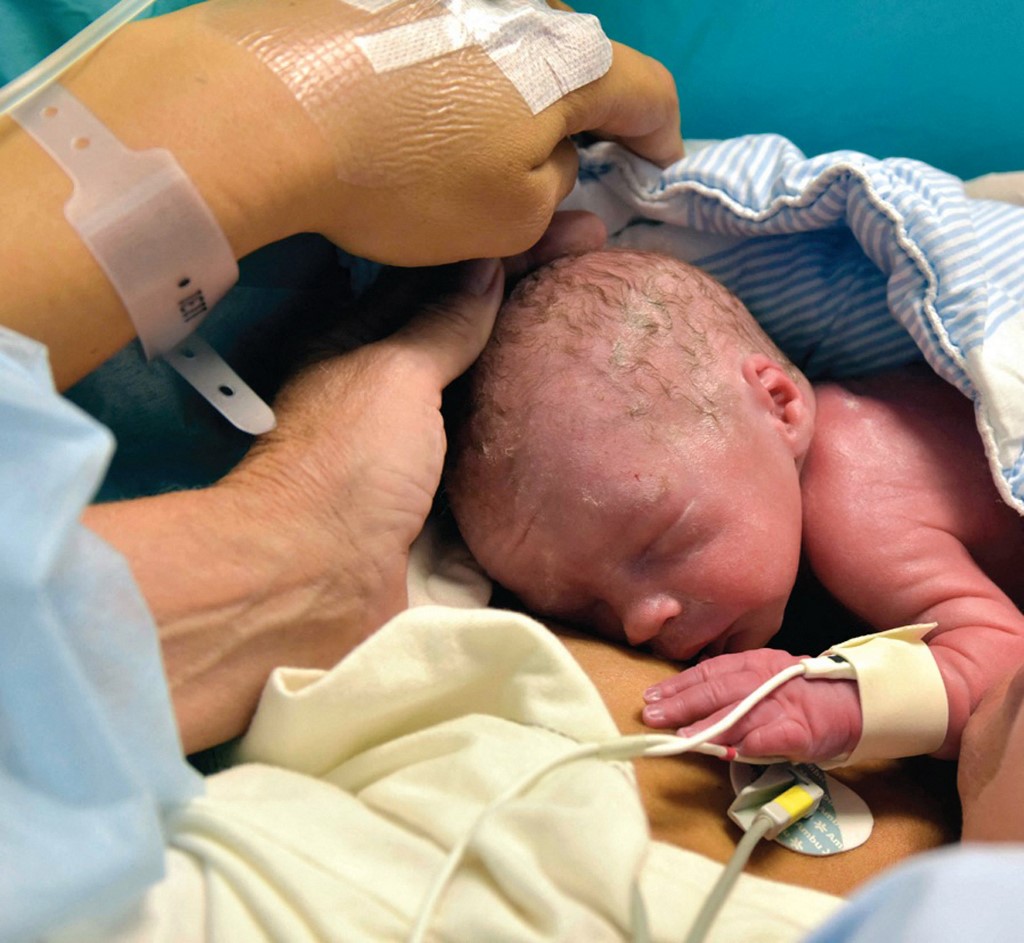 This is the first case in Sweden that a baby got infected with COVID-19 during the mother's pregnancy, and subsequent tests showed that the baby surprisingly had developed its own antibodies.

As there are very few cases where babies have been confirmed infected in the womb, the findings have now been published in the scientific journal British Journal of Obstetrics & Gynaecology.

The 27-year-old mother was admitted to the university hospital in Malmo last year after displaying COVID-19 symptoms. She also had abdominal pain and the fetal movements were reduced. The baby showed signs of lack of oxygen and declining heart sound and it was decided to perform an emergency cesarean section.

"We had no reason to believe that the child was infected, but it is routine to test after two days if mother has COVID-19. We were surprised when we got the test result, as the child was otherwise fine," Philip Tannenberg, a doctor in pediatrics, said in a press release.

Subsequent tests proved the baby was infected in the womb, said another doctor at the hospital, Mehreen Zaigham.

"We studied the placenta under a microscope and could observe viral protein in all the areas of the placenta that were most affected. We also noticed that the placenta was infected on both the baby's and the mother's side," Zaigham said.

"Until two weeks before the mother fell ill, the fetus' growth was normal and routine check-ups did not show any infection. Therefore, we see a clear connection between the infection and the effect on the placenta."

Zaigham said the case proved that the placenta can be affected even if the mother has only a mild infection. "It may be that we need to rethink the monitoring of pregnant women who have COVID-19 and consider them a clearer risk group than we do today."

This echoes a recommendation that the Swedish National Board of Health and Welfare issued last week: Pregnant women who are infected in week 22 or later should be considered as belonging to a risk group, as they risk giving birth prematurely.

The case also revealed other valuable information, as other tests showed the baby had developed its own antibodies, Tannenberg said.

"During the first year, children are usually dependent on antibodies from the mother, but here we were able to show that the child formed its own antibodies against the virus."