Sweden on Wednesday dropped its investigation into the unsolved murder of former Swedish Prime Minister Olof Palme, who was shot dead 34 years ago in downtown Stockholm, saying that decision was made because the main suspect died in 2000. 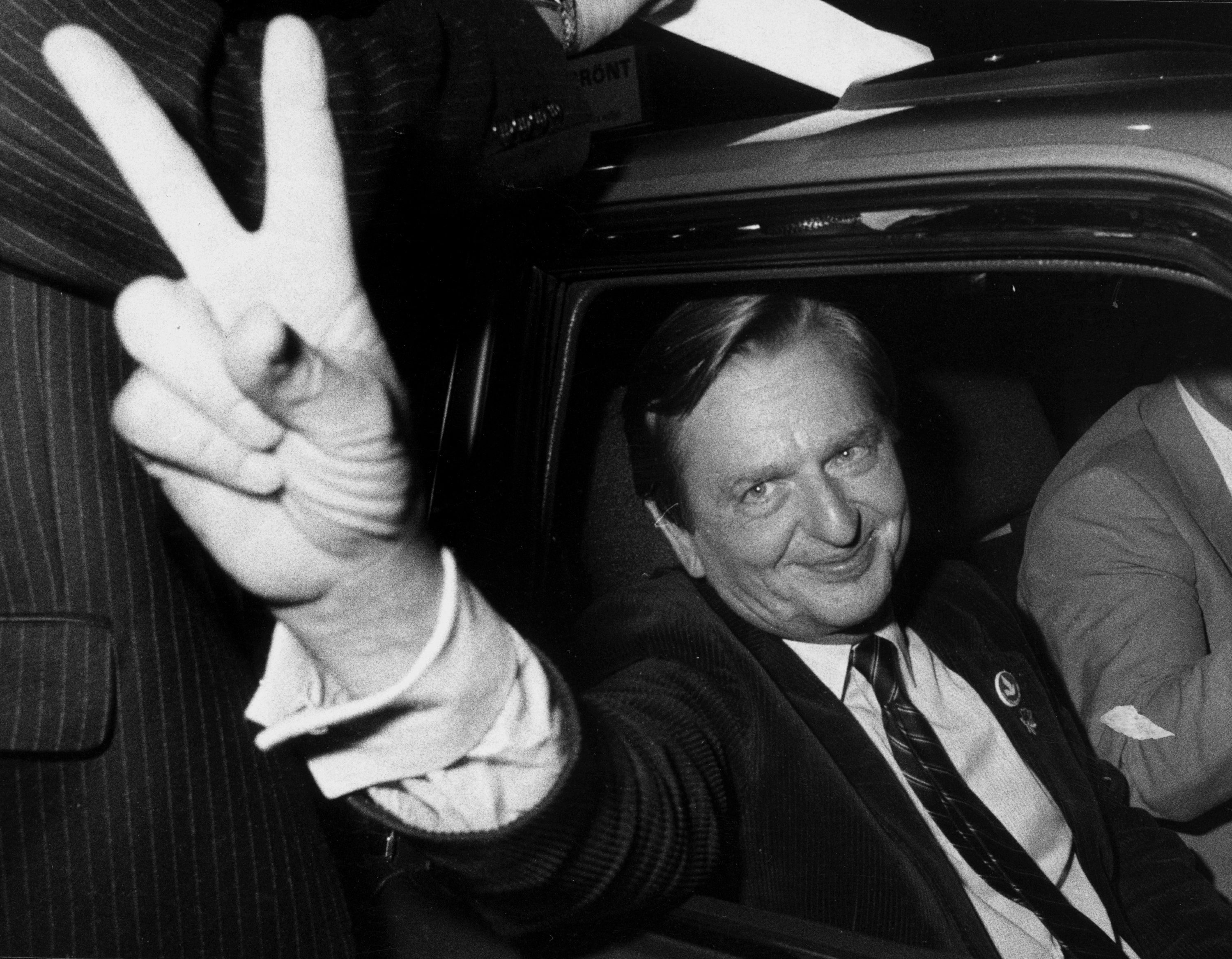 Palme was gunned down on Feb. 28, 1986, after he and his wife Lisbet Palme left a movie theater in the Swedish capital. The murder shocked the nation and shook the Scandinavian county's image as being so safe and peaceful that politicians could wander around in public without protection.

More than 100 people have been suspected in the crime and the unsolved case has generated scores of conspiracy theories, with possible villains ranging from foreign governments or rogue Swedish police with right-wing sympathies to an act by a lone shooter.

The investigation was being closed because the main suspect, Stig Engstrom, died in 2000, the case's chief prosecutor, Krister Petersson, told a news conference in Stockholm on Wednesday.

"Stig Engstrom is deceased, and therefore I am not able to start proceedings or even interview him, that is why I decided to discontinue the investigation," Petersson told reporters. "Since he has died, I cannot indict him."

Hans Melander, head of the investigation, told the news conference that 134 people had confessed the murder — 29 directly to the police — and some 10,000 people had been questioned during the 34-year probe.

"I am completely convinced that there are other people who believe in other solutions, but as Krister (Petersson) says, this is what we came up with and believe in," Melander said.

Marten Palme, the son of Olof and Lisbet Palme, told Swedish radio that "I also think Engstrom is the perpetrator."

"The fact that a country's prime minister was murdered is a national trauma. I now have a hope that the wound can heal," Swedish Prime Minister Stefan Lofven, a Social Democrat like Palme, told a later news conference. "A thorough work has been carried out by the prosecutors and they have gone to the bottom of it. ... "The best thing would have, of course, been through a conviction."

Deputy prime minister Isabella Lovin of the small Green Party said the unsolved killing "is still a wound" in Sweden.

Palme, who cut a flamboyant, even boyish figure, had sought to live as ordinary a life as possible and would often go out without bodyguards. The night of the murder he had no protection.

The prime minister had an aristocratic background but was known for his left-leaning views and was eyed with suspicion in conservative circles and by the United States. Among Swedes and in the Nordic region, Palme was a divisive figure, much loved but also despised.

At the time of the slaying, the 52-year-old Engstrom was reportedly one of the first people at the murder scene and was briefly considered a possible suspect. He had a military background, was member of a shooting club, often worked late and had drinking problems, Petersson said. Also known as the Skandiamannen because he worked in the nearby Skandia insurance company, Engstrom had a strong dislike of Palme and his policies.

Yet Engstrom's actions on the night of the murder are unclear. Several witnesses gave descriptions of the fleeing killer that matched Engstrom, while others said he wasn't even at the scene. Engstrom himself claimed to have been present from the beginning, said he spoke to Lisbet Palme and police and attempted to resuscitate the victim.

Soon after the murder, Engstrom appeared in Swedish media and developed an increasingly detailed story of his involvement in the events that night, even criticizing the police investigation. He claimed witnesses who had described the killer had in fact been describing him as he was running to catch up with police officers in pursuit of the assassin.

The police then labelled Engstrom as a unreliable and inconsistent witness and classified him as a person of no interest.

Lisbet Palme was injured in the attack and later identified the shooter as Christer Pettersson, an alcoholic and drug addict who was convicted of Palme's murder. The sentence was later overturned after police failed to produce any technical evidence against him, leaving the murder an unsolved mystery. Pettersson died in 2004.

Immediately after Palme was killed, thousands of Swedes flooded the scene of his death with red roses, a symbol of his Social Democratic Party, building a meter-high wall of flowers.

In Sweden, the Palme murder has been an open wound for decades.

Another later painful reminder of Sweden's lost innocence came in 2003, when Foreign Minister Anna Lindh was stabbed to death in a Stockholm department store, also not protected by bodyguards. In 2004, Mijailo Mijailovic, who confessed to the fatal stabbing, was convicted of murder and sentenced to be confined in psychiatric care.

The unsolved Palme slaying also evoked another Swedish mystery: the disappearance of Swedish diplomat Raoul Wallenberg, who vanished in 1945 after helping at least 20,000 Hungarian Jews escape the Holocaust by giving them Swedish passports. In 2016, the diplomat, who is believed to have died in Soviet captivity, was pronounced dead by Swedish authorities, 71 years after he disappeared under unclear circumstances.

Melander, the chief investigator, labeled it "one of the world's largest investigation" and compared it to probes into the 1963 murder of John F. Kennedy and the 1988 Lockerbie bombing of Pan Am Flight 103 over Scotland. A total of 270 people were killed.