STOCKHOLM, Feb. 18 (Xinhua) -- COVID-19 patients in Sweden may now be treated with a drug currently under review by the European Medicines Agency, the country's authority in charge of pharmaceuticals announced on Thursday. 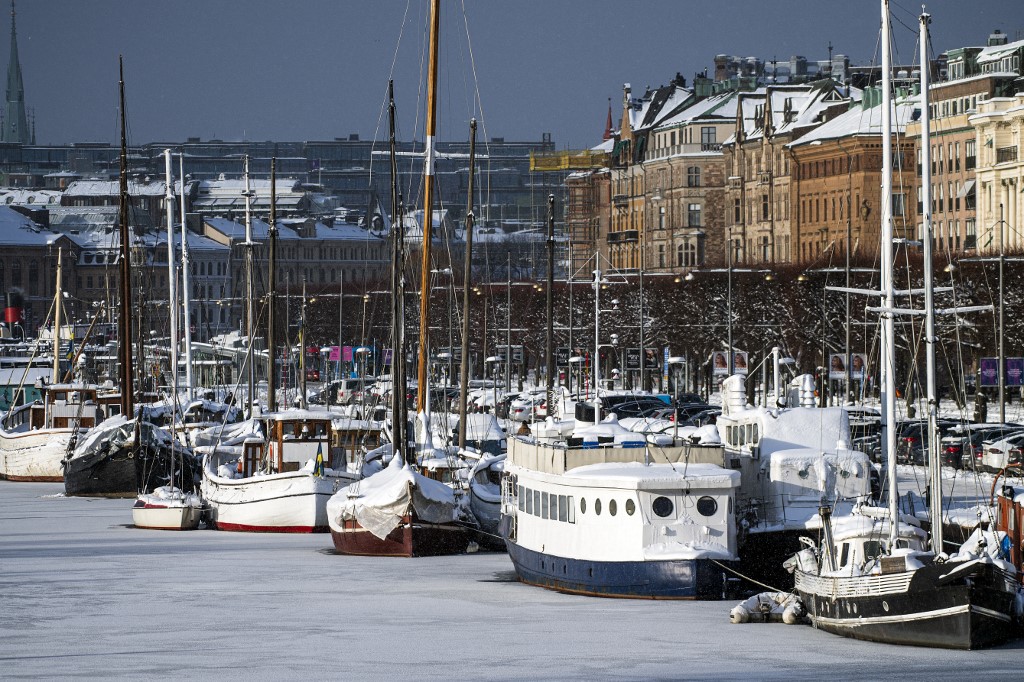 Boats are pictured in the frozen water after a snowfall in the centre of Sweden's capital, Stockholm, on February 4, 2021. (File photo: AFP)

The Swedish Medical Products Agency said it decided to authorize the emergency use of the drug in COVID-19 patients with underlying conditions that make them more vulnerable to the virus.

Bamlanivimab is a monoclonal antibody specifically developed by the US-based pharmaceutical company Eli Lilly. It is targeted against the spike protein of the novel coronavirus and works by inhibiting the virus from infecting cells.

In November, it was authorized for emergency use in the United States and it is also currently under review by the European Medicines Agency.

"It is in the approval process and as the results look promising, we believe that we can take advantage of this drug in a controlled way," Charlotta Bergquist, Group manager Efficacy and Safety at the Swedish Medical Products Agency, told news agency TT.

"Treatment should be started early in the course of the disease for those who risk becoming seriously ill."

The Swedish special permission applies to adults and children over the age of 12 who are at risk of serious illness due to underlying conditions such as immune suppression or medical treatment.

According to the guidelines, treatment should start as soon as possible, but no later than ten days after the first symptoms. However, patients who have already become seriously ill should not be given the drug, as no positive effect has been demonstrated in such conditions.