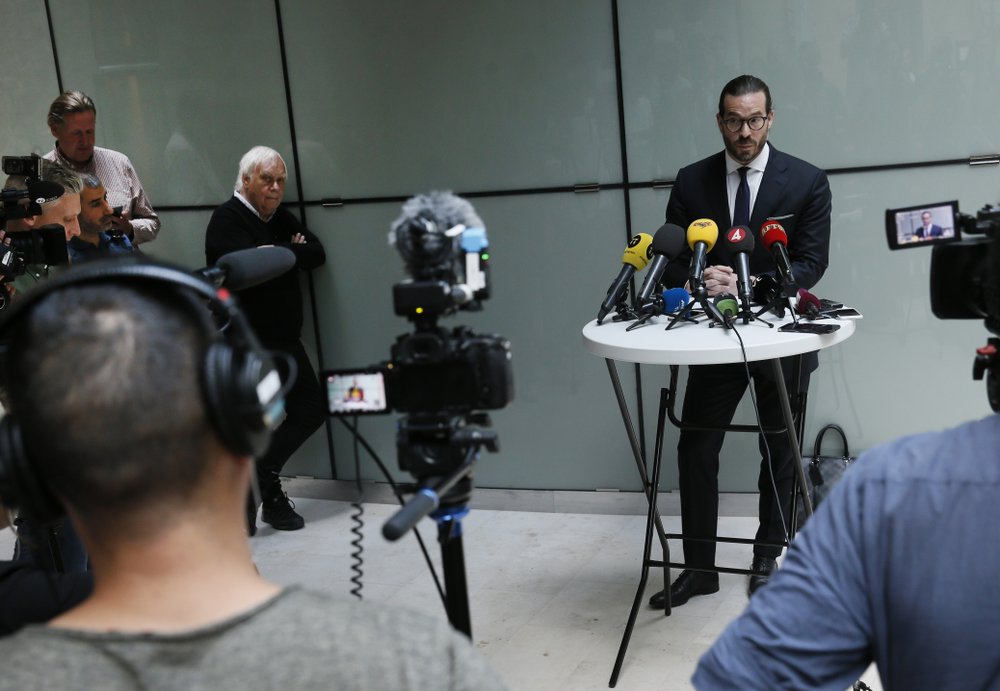 US rapper A$AP Rocky is being held for another week in pre-trial detention to allow police to finish investigating a June 30 fight in downtown Stockholm, a Swedish court said Friday.

Stockholm’s District Court decided to accept the request from prosecutor Daniel Suneson’s to hold A$AP Rocky — the stage name of Rakim Mayers — until Thursday July 25. Mayer is being held for suspected assault.

Earlier, Suneson said police “have worked intensively” with the preliminary investigation but needed more time to complete their probe. Once the investigation is complete, the prosecution will decide whether to formally charge the rapper.

On July 5, Mayers who was in Sweden to perform at a music festival, and his body guards were ordered held for two weeks after being detained two days earlier. Videos published on social media, show a person being violently thrown onto the ground by Mayers. It was not clear who else was involved.

“This was a self-defense situation,” his defense lawyer Slobodan Jovicic told reporters. Asked how A$AP Rocky felt about it, Jovicic replied this was “a very bad experience.”

The platinum-selling, Grammy-nominated artist has seen many celebrities such as Kim Kardashian West, her husband Kanye West and Justin Bieber come to his support since his arrest.

Soon after the news of his arrest broke, the movement #JusticeForRocky pushed for the rapper’s release. A petition calling for his release has also garnered half a million signatures. And Adriano Espaillat, a New York Democrat in the House of Representatives, is pushing for the release of the rapper, who was born in the Harlem neighborhood of New York City.

“Everyone deserves to be treated equally and A$AP Rocky’s rights continue to be violated. It is not a fair process,” the congressman earlier said in a statement to The Associated Press.

Espaillat said he has been in contact with the State Department and the US Embassy in Sweden and wants everyone to continue showing their support to help us in this process of getting justice for Rocky.”

Kardashian West thanked the president and senior members of his administration, saying on Twitter that their “commitment to justice reform is so appreciated.”

Earlier this week, Sweden’s top prosecutor Petra Lundh said “the fact that a suspect or a plaintiff is known is no reason for the person to receive a special treatment.”

Carl Risch, the US assistant secretary of state for consular affairs, was seen leaving the Kronoberg prison in Stockholm Friday, where Mayers and his two body guards were being held, Sweden’s TT news agency said. He declined to make comments as he left. The purpose of Risch’s visit was not known.