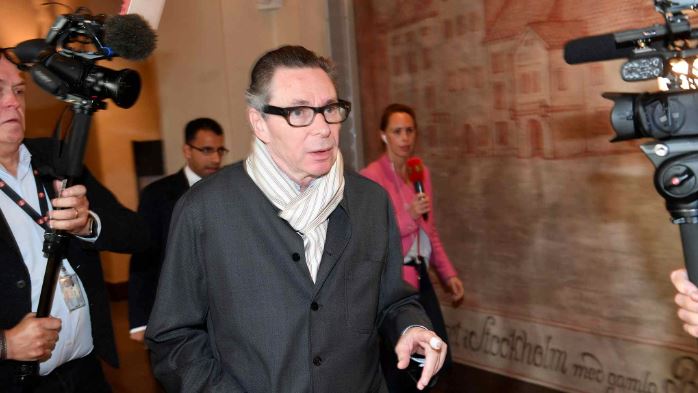 A Swedish court on Monday found a man at the center of a scandal that has rocked the academy that awards the Nobel literature prize guilty of rape and sentenced him to two years in jail.

The crisis over the charges against Jean-Claude Arnault prompted some members of the Swedish Academy to quit and forced it to cancel this year's literature prize, which would have been announced this month.

It is the biggest scandal to hit the Academy since a Swedish king founded it more than 200 years ago.

Arnault, 72, pleaded not guilty to two counts of rape in a district court in Stockholm. The court acquitted him of one.

His lawyer, Bjorn Hurtig, was not immediately available for comment. Arnault is married to a member of the Swedish Academy and has worked as a professional photographer and artistic director.

Arnault has also said he is not the source of leaks of the names of some past winners.

With Academy members down to only 10 and statutes saying 12 are needed to vote in new members, previous Permanent Secretary Sara Danius and two other members who have effectively left, have said they are willing to take part in important votes such as filling vacant seats.

The Nobel Foundation could drop the Swedish Academy from awarding its prestigious literature prize if the Academy does not make further changes in the wake of the sex scandal, the head of the foundation said on Friday.

The verdict coincides with this year's Nobel Prize announcements