Sweden ended a four-month political vacuum Friday when lawmakers elected Prime Minister Stefan Lofven to a second term, after he elbowed out the far-right to save one of Europe's few left-wing governments. 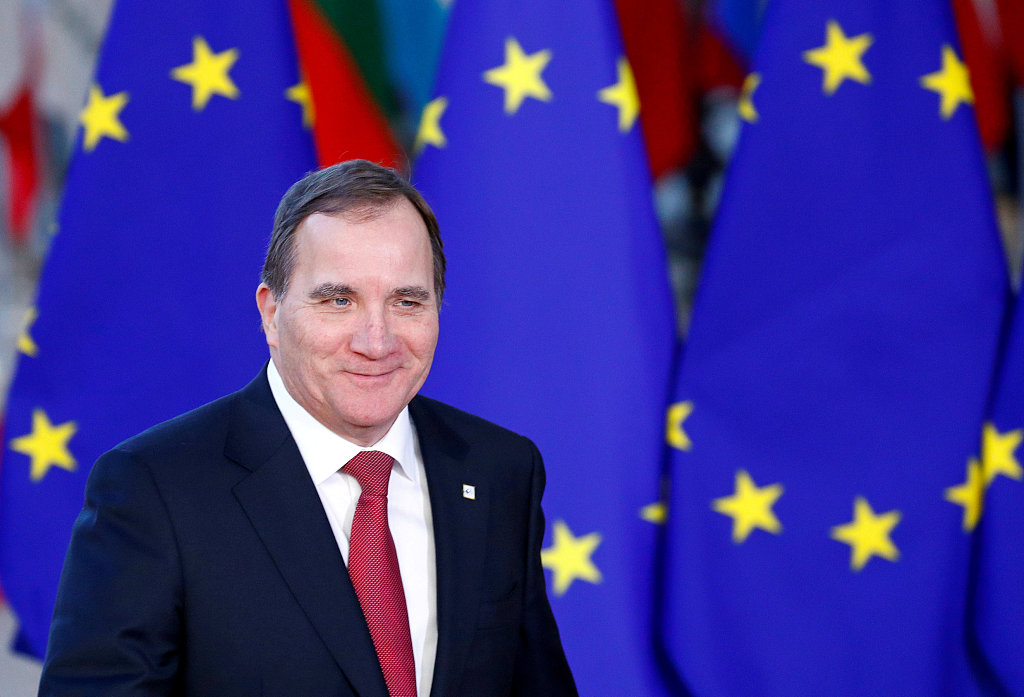 Lofven's new minority centre-left government -- comprising his Social Democrats and the Greens -- won the backing of the Centre and Liberal parties, until now members of the four-party centre-right opposition Alliance.

The prime minister is expected to formally present his new government and its full programme on Monday.

It will be one of the weakest administrations in Sweden in 70 years, with just 32.7 percent of voters having cast ballots for the two parties.

Together with the Centre and Liberals, the four parties hold 167 of 349 seats in parliament, eight fewer than the 175 that constitutes a majority in the Riksdag.

Under Sweden's political system, a government can operate as long as a majority of lawmakers do not vote it down.