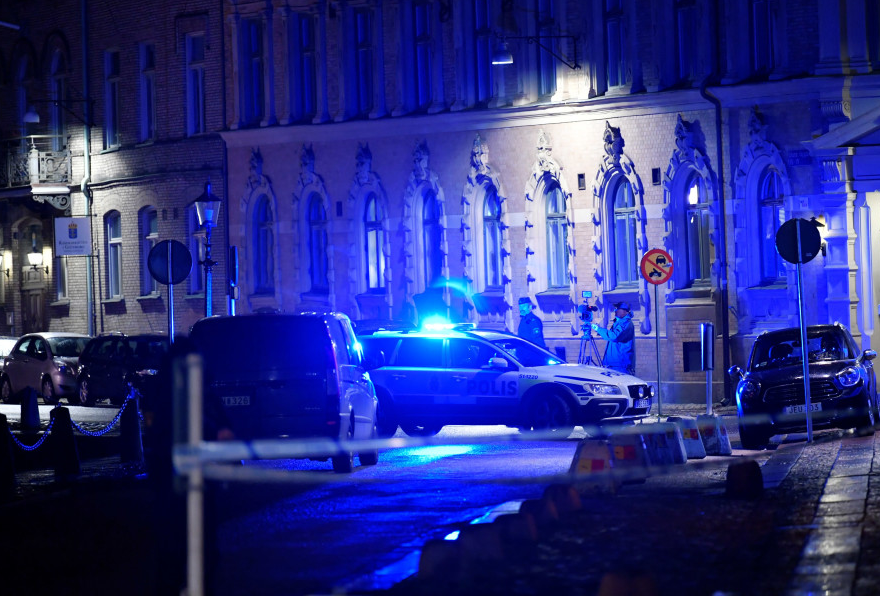 Three people were arrested early on Sunday after an attempted arson attack at a synagogue in the Swedish city of Gothenburg, prosecutors said.

There were no reports of injuries and the fire did not reach the synagogue or an adjacent meeting house where Jewish youths had gathered when the attack took place late on Saturday,  Swedish media reported.

Prime Minister Stefan Lofven said in a statement he was outraged by the attack.

“There is no place for anti-Semitism in Swedish society,” he said in the statement, which also referred to a demonstration in the city of Malmo on Friday, at which Lofven said participants had incited violence against Jews.

Swedish newspapers reported that around 200 people had attended Friday’s demonstration at which some participants chanted anti-Jewish slogans, two days after the United States recognized Jerusalem as Israel’s capital.

The World Jewish Congress, which represents Jewish communities in 100 countries, also condemned the attack on the Swedish synagogue.

The Swedish Security Service said it was helping the police in the investigation and was also trying to prevent new attacks.