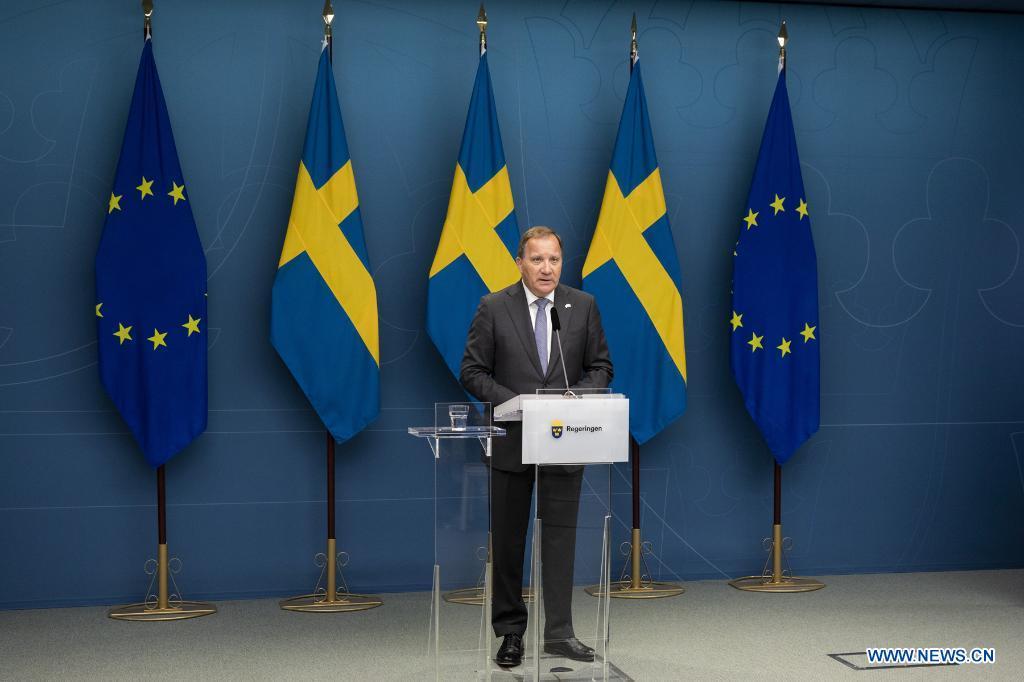 STOCKHOLM, June 21 (Xinhua) -- Swedish Prime Minister Stefan Lofven was ousted in a no-confidence vote in the parliament on Monday, as a majority of parliament members backed his departure.

The parliament approved the no-confidence motion on the prime minister with 181 affirmative votes, more than the required 175 votes of the 349-seat parliament. Meanwhile, 109 voted against, and 51 abstained.

Lofven thus became the first sitting prime minister to be ousted in a no-confidence vote in Swedish history.

The no-confidence was brought up last week by the Left Party over plans by Lofven's Social Democrats to ease rent-controls over newly built rental apartments.

However, as the Left Party does not have the required number of parliamentarians to put forward such a motion on their own, it was eventually done by the anti-immigration party Sweden Democrats.

Conservative parties the Moderates and the Christian Democrats supported the motion even though they see a rental reform as necessary to solve the country's lack of housing.

Following the 2018 election, the Social Democrats formed a government together with the Greens after striking a deal with two minor liberal parties after four months of negotiations. The ease of rent control was one of many demands made by these supporting parties.

Lofven's ousting left the country in political uncertainty just 15 months before the next general election. Now there are two possible outcomes according to the Swedish constitution.

Lofven now has one week to decide whether to call a snap election, which has to be held within three months. Should he decide not to, the Parliament Speaker will be tasked with forming a new government based on the election result in 2018. Whatever the outcome, the next government will rule until September 2022 when the next general elections are held.

However, the most recent opinion polls indicated that the result of a snap election might make it equally hard to form a new government.

"We will now ponder which route to take," Lofven said at a press conference following the parliamentary session. Enditem 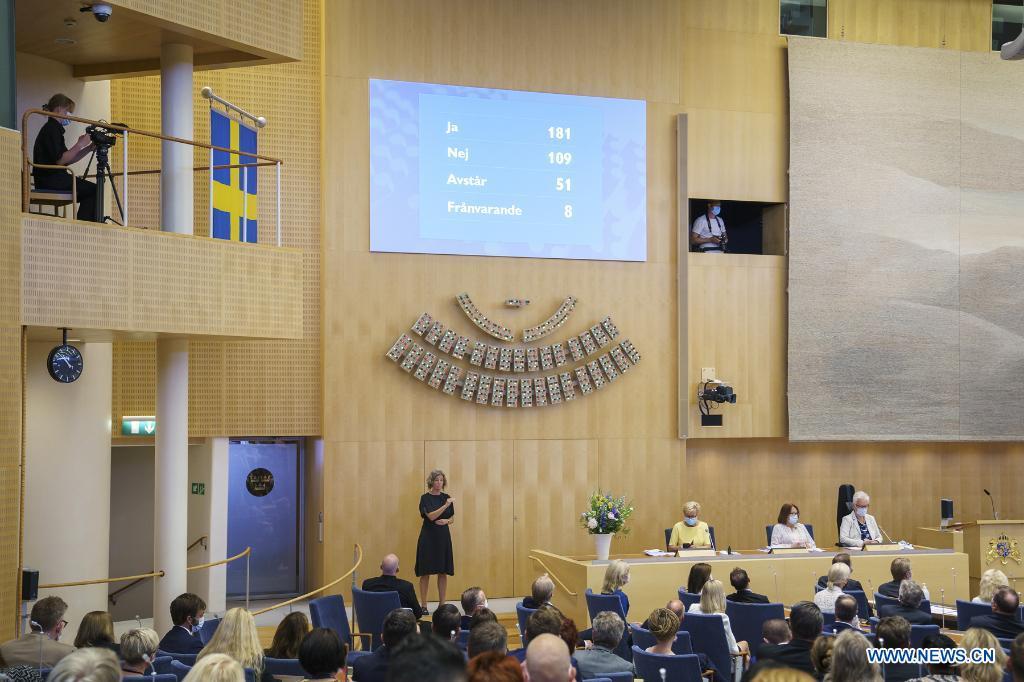 The voting board shows the result of a no-confidence vote against Swedish Prime Minister Stefan Lofven at the Swedish Parliament in Stockholm, Sweden, on June 21, 2021.