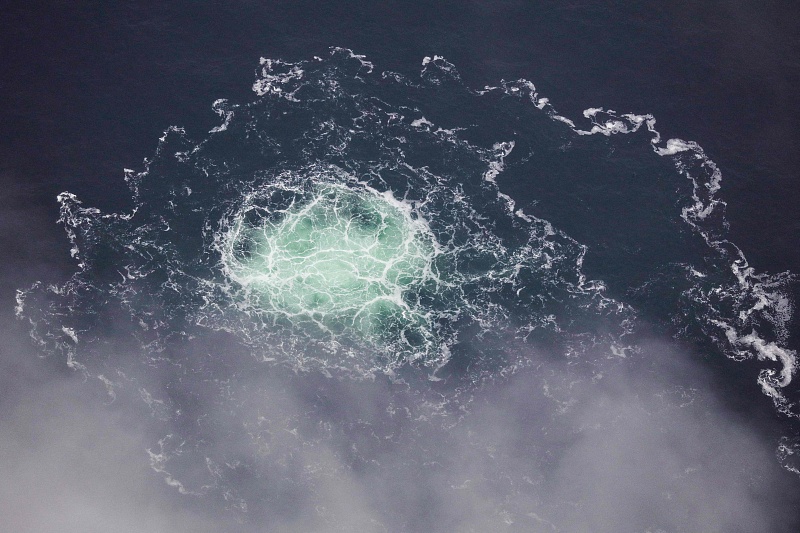 Release of gas emanating from a leak on the Nord Stream 2 gas pipeline is seen in the Swedish economic zone of the Baltic Sea, September 28, 2022. (Photo: CFP)

Stockholm (People's Daily) - Swedish officials confirmed Friday that the September blasts which destroyed sections of the Nord Stream pipelines carrying gas from Russia to Germany under the Baltic Sea were acts of sabotage.

“The analyses conducted found traces of explosives on several foreign objects” found at the sites of the blasts, prosecutor Mats Ljungqvist, who is leading the preliminary investigation, said in a statement.

Ljungqvist added that technical analyses were continuing in order to “draw more reliable conclusions regarding the incident.”

Sweden’s Prosecution Authority said that the “continued investigation will show if anyone can be formally suspected of a crime.”

The four underwater explosions at the Nord Stream gas pipelines in the Baltic Sea in September this year were caused by a force corresponding to hundreds of kilograms of explosives, a Danish-Swedish report has previously concluded.

“The magnitude of the explosions was measured at 2.3 and 2.1 on the Richter Scale, respectively, probably corresponding to an explosive load of several hundred kilos,” the two countries said in a joint report to the UN Security Council.

“All available information indicates that those explosions are the result of a deliberate act,” the countries said.

The source of the explosions has remained a mystery, however, with both Washington and Moscow denying responsibility.

The Scandinavian countries also said that “the possible impact on maritime life in the Baltic Sea is of concern, and the climate effect would likely be very substantial”.

All the leaks, which were discovered on September 26, are in the Baltic Sea off the Danish island of Bornholm.

Two of the leaks are located in the Swedish exclusive economic zone, and the two others in the Danish one.

The Nord Stream 1 and 2 pipelines, which connect Russia to Germany, have been at the centre of geopolitical tensions as Russia cut gas supplies to Europe in suspected retaliation against Western sanctions following the Russia-Ukraine conflict.