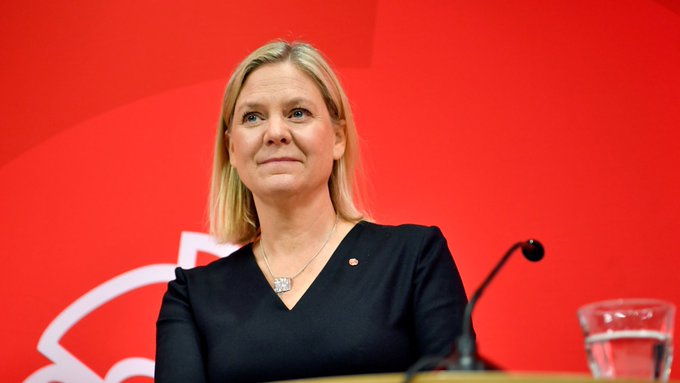 Sweden's parliamentary speaker said on Thursday he will once again ask Social Democrat leader Magdalena Andersson, who resigned only hours into the job during a day of political turmoil earlier this week, to form a government.

Andersson's resignation as prime minister on Wednesday was prompted by a decision by coalition partner the Greens to leave the government after the budget bill was defeated in parliament.

With no other obvious candidate, Andersson looks highly likely to win a second confirmation vote in the Riksdag which is likely to be held on November 29.