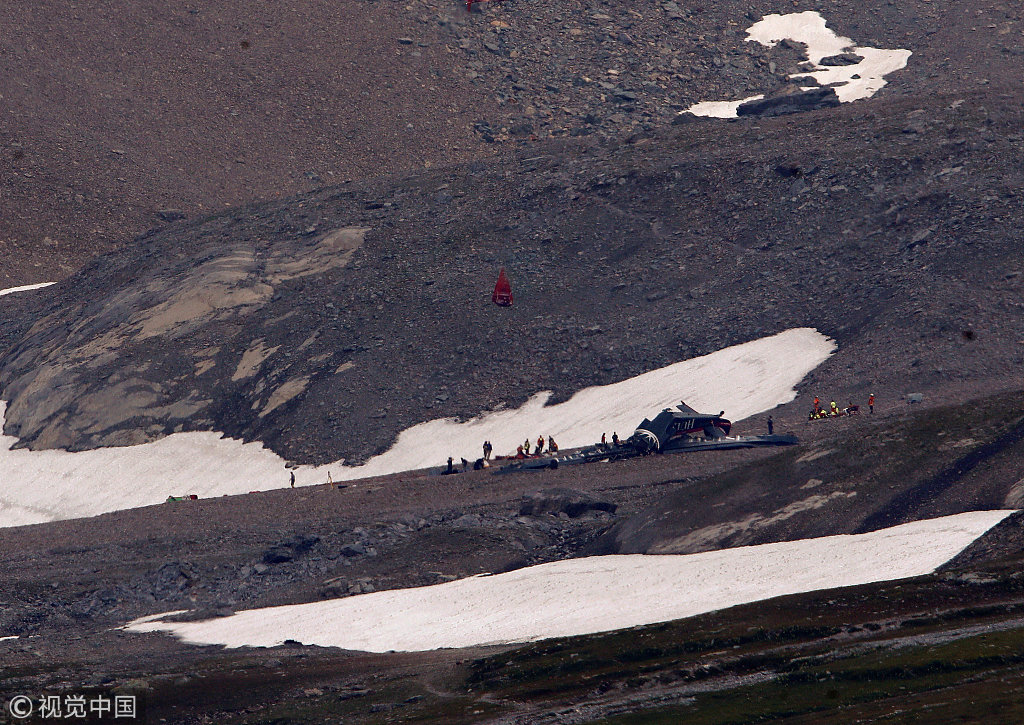 A general view of the accident site of a Junkers Ju-52 airplane of the local airline JU-AIR, in 2,450 meters above sea level near the mountain resort of Flims, Switzerland August 5, 2018.  (Photo: VCG)

All 20 people on board died in the crash of an old-time plane in the Swiss Alps, said Swiss police on Sunday.

The propeller plane operated by a company that offers panoramic flights has crashed in the Swiss Alps.

Police in southeastern Graubuenden canton (state) said a several-seater plane crashed Saturday on the Piz Segnas mountain above the Swiss Alpine resort of Flims, striking the mountain’s western flank about 2,540 meters above sea level. The area is popular with hikers and includes a glacier.

Ju-Air, a company based in Duebendorf, near Zurich, that offers flights with old-time Junkers Ju-52 planes, said one of its aircraft had been involved in the accident Saturday.

Swiss police confirmed that a Ju-Air plane with the registration HB-HOT was the one that crashed.

Nearly 5,000 Ju-52 planes were manufactured between 1932 and 1952. The Swiss daily Blick said the planes can accommodate 17 passengers and three crew.

Switzerland’s civil aviation authority closed the airspace above the site after the crash.