Swiss voters on Sunday rejected a plan to impose the world's strictest corporate responsibility rules, which would have made multinationals headquartered in the country liable for abusive business practices worldwide. 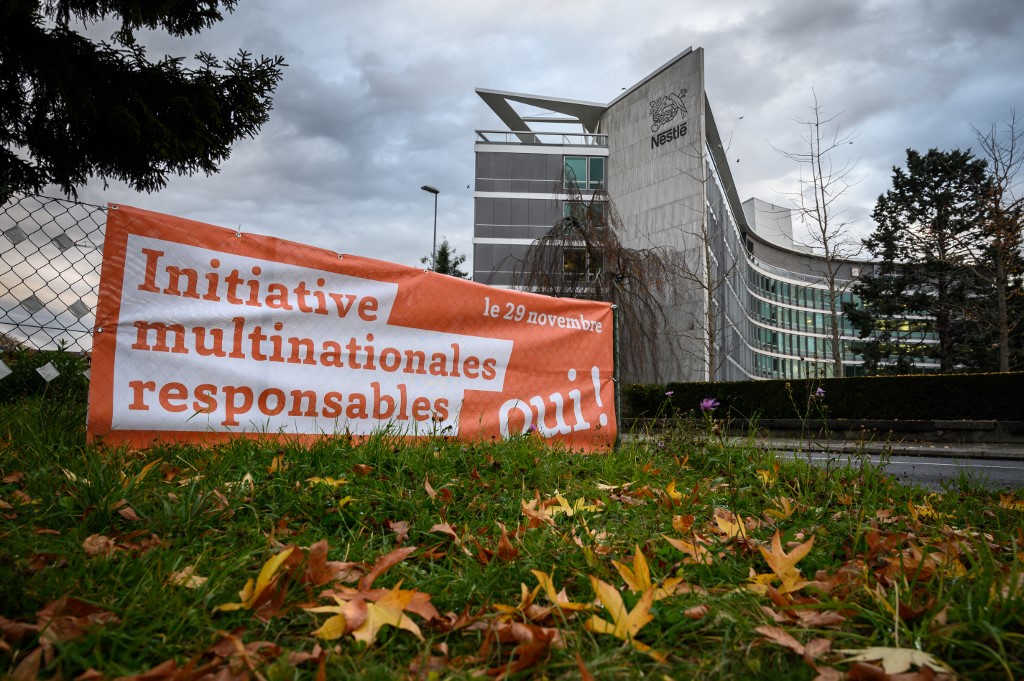 The proposal would have amended the Swiss constitution and forced such companies to ensure they and their suppliers respected strict human rights and environmental protection standards.

The initiative was launched by an alliance of 130 non-governmental organisations as part of Switzerland's system of direct democracy, and had the backing of trade unions and church groups.

But voters in a majority of Swiss cantons rejected the initiative, according to exit polls.

The initiative was opposed by both the government and parliament, which warned that while its intention was good, the proposed legislation went "too far".

The rejection by voters automatically activated the government's counter-proposal, which also requires companies to report on rights, environmental protections and corruption issues -- but without being liable for violations.

Campaigners also underscored how pesticides long banned in Switzerland are still sold by agrochemicals giant Syngenta in developing countries, and deplored small-particle pollution spewed from a cement plant owned by LafargeHolcim in Nigeria.

Multinationals are important drivers of the Swiss economy, which at the end of 2018 counted close to 29,000 such corporations, accounting for more than a quarter of all jobs in the country, according to official statistics.

The Swiss business community, along with the government and parliament, argued that the proposed constitutional amendments could have been detrimental for all Swiss companies, not just those that behave badly.

Businesses and employer organisations voiced particular concern over a provision that would have made Swiss-based businesses liable for abuses committed by subsidiaries unless they could prove they had done required due diligence.

While backers of the rejected initiative acknowledged that most companies respect rights and environmental protections, they insisted that voluntary measures were not enough to bring the rest in line.