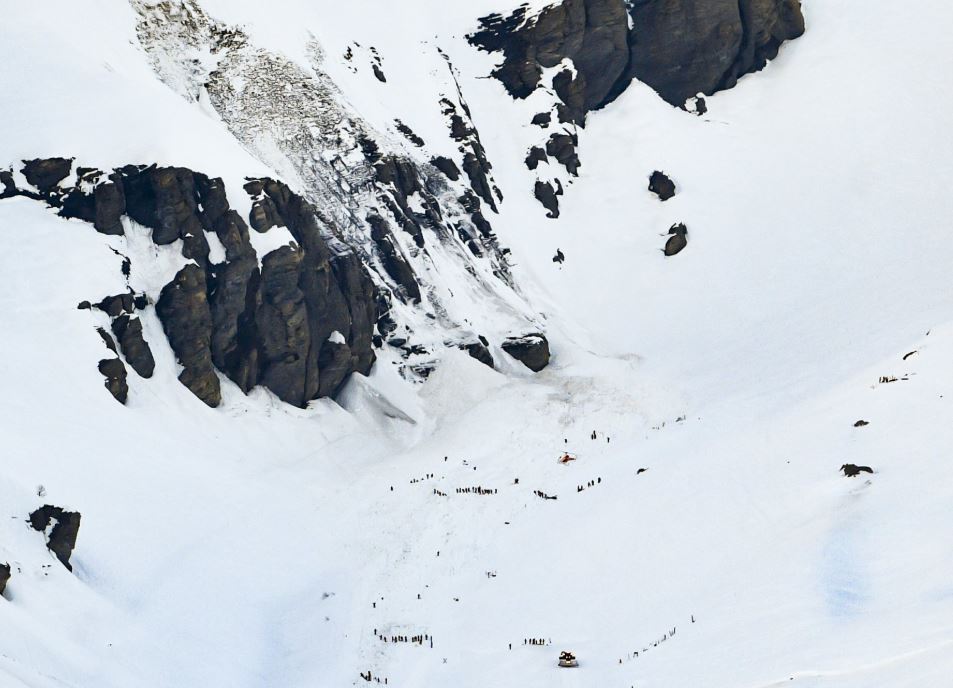 Swiss mountain rescue teams pulled out several people who were buried in a mid-afternoon avalanche Tuesday at the popular ski resort of Crans-Montana and were searching for others, police said.

Rescuers using helicopters “saved several people” after a search involving helicopters, according to spokesman Steve Leger of the Valais police. He said the state of their injuries was not immediately known.

A news conference was scheduled for later Tuesday.

The local newspaper Le Nouvelliste reported that Crans-Montana Mayor Nicolas Feraud had said between 10 and 12 people were buried in the avalanche but in a later email to The Associated Press, Feraud said the situation was still evolving.

Manager Michele Vizzino of the La Violette restaurant near the gondola heading up to the peak said he heard the avalanche but didn’t see it. Video from the site showed skiers on the slopes above a trail of lumpy snow.

The avalanche comes ahead of a women’s World Cup skiing event involving stars like Switzerland’s Lara Gut on the Mont Lachaux run at Crans-Montana.

Event spokesman Hugo Steinegger said two companies of Swiss military forces who had been deployed for the races were quickly dispatched to the avalanche site to help with the rescue operation. He said the avalanche was not expected to affect the start of the event, which begins with training runs on Thursday.