Swiss voters head to the polls on Sunday in a batch of referendums, which could see the country become only the second in the world to ban artificial pesticides. 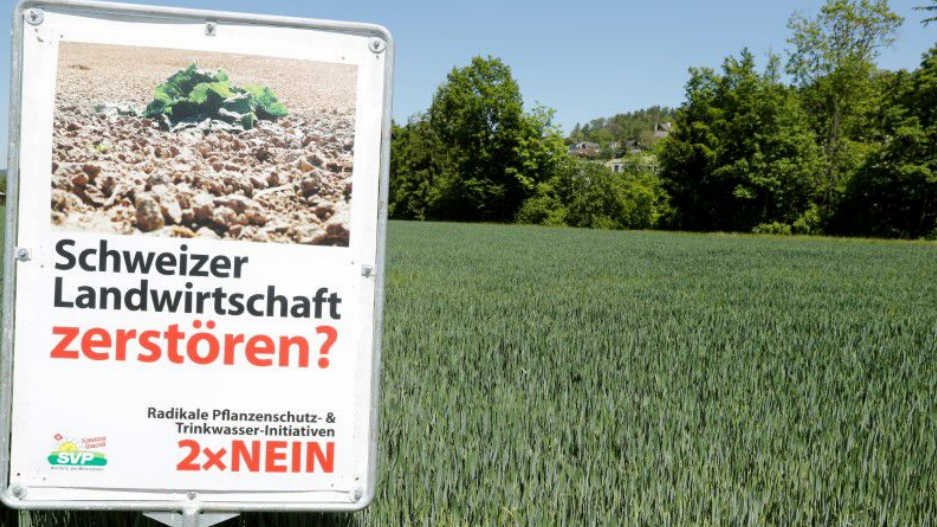 One initiative aims to prohibit the use of artificial pesticides within 10 years. Globally only Bhutan banned the chemicals in 2013. Switzerland's ban is of a bigger global significance than Bhutan as the country is home of the world's biggest pesticide manufacturer, Syngenta.

The proposal's supporters say products made by agrochemical giants including Syngenta and Germany's Bayer endanger health and the environment.

"It's vital that we stop the use of pesticides which are causing serious health problems for people today and storing up problems for the future," said Antoinette Gilson, a co-author of the Pesticides Initiative.

Manufacturers say their pesticides are rigorously tested and regulated, and crop yields would slump without them.

Many farmers say a ban would boost food prices, cost jobs and increase food imports. Voters also decide on a separate Drinking Water initiative, which says artificial pesticides are polluting Switzerland's water. It wants to redirect subsidies to farmers who do without them.

In an unusually heated campaign, supporters got death threats, while farmers complained they feel under siege from city dwellers who don't understand their way of life.

If approved, the proposals would amend the constitution while the government drafts implementation laws for parliament to address.

Voters will decide on a new law which aims to further cut carbon dioxide emissions via measures like increasing the surcharge on car fuel and putting a levy on flight tickets.

Opponents say the law will increase business costs and not help the environment as the country is responsible for only 0.1 percent of global carbon emissions.

A law giving police new powers to fight terrorism faces a vote. The legislation makes it easier for police to monitor and restrict the movement of potential offenders, with restraining orders and travel bans possible for suspects as young as 12.

The government says the measures will prevent terrorist attacks, but opponents say they risk harming children and exposing people to torture abroad.

A temporary COVID-19 law, which opponents say did not have enough public consultation before its introduction last year, needs voter endorsement.