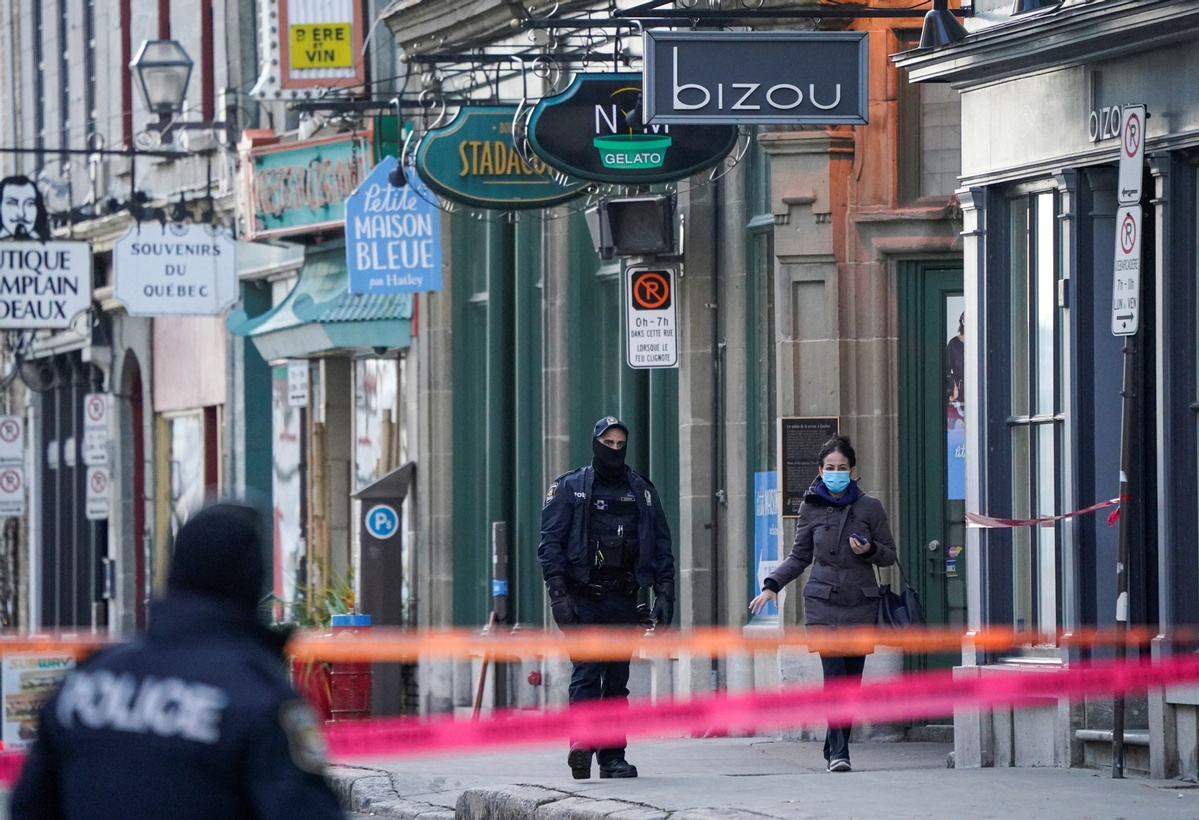 QUEBEC CITY, Canada－Two people were killed and five wounded after being stabbed by a man dressed in medieval-style clothes and wielding a sword, Quebec police said on Sunday, noting the attack appeared to be driven by personal motives and not linked to any terror group.

Police arrested the 24-year-old man from Montreal early on Sunday morning, Quebec Police Chief Robert Pigeon said at a news conference. Carl Girouard appeared in a Quebec court via video and was charged with two counts of first-degree murder and five counts of attempted murder, according to broadcaster Radio-Canada.

"Dressed in medieval costume and armed with a Japanese sword, everything leads us to believe he chose his victims at random," said Pigeon, adding that preliminary information indicated the man was not affiliated with any terror group.

The incident began late on Saturday night, on Halloween, inside the city's historic walled center. Police told nearby residents to stay indoors and made an arrest after a near three-hour search when port security found the suspect, lying barefoot on the ground.

With the city under partial lockdown due to COVID-19, there were few people on the streets, limiting the potential damage, police said.

Quebec City Mayor Regis Labeaume said Canada needs to have a debate about how to deal with mental illness. He said the attack has shaken the city, which is still recovering from a shooting at a mosque in 2017 that killed six people. The killer was sentenced to life in prison.

"There needs to be solidarity," Labeaume said at a news conference on Sunday. "This tragedy adds to our collective mental load from the pandemic. We will do everything necessary to deal with the psychological consequences of the tragedy."

Prime Minister Justin Trudeau wrote on Twitter: "My heart breaks for the loved ones of the two people killed in last night's horrific attack in Quebec City. I'm also wishing a full recovery to the injured. We're keeping you in our thoughts and will be there for you. To all the first responders, thank you for your critical work."

Quebec Province's Premier Francois Legault tweeted: "Quebec is waking up after a night of horror. Words fail to describe such a tragedy."

Quebec's police chief said on Sunday that the suspect had spoken of conducting an attack during a medical examination five years ago but was not known to police and did not have a criminal record.

The victims were identified as hairdresser Suzanne Clermont, 61, and Francois Duchesne, 56, a museum communications director.