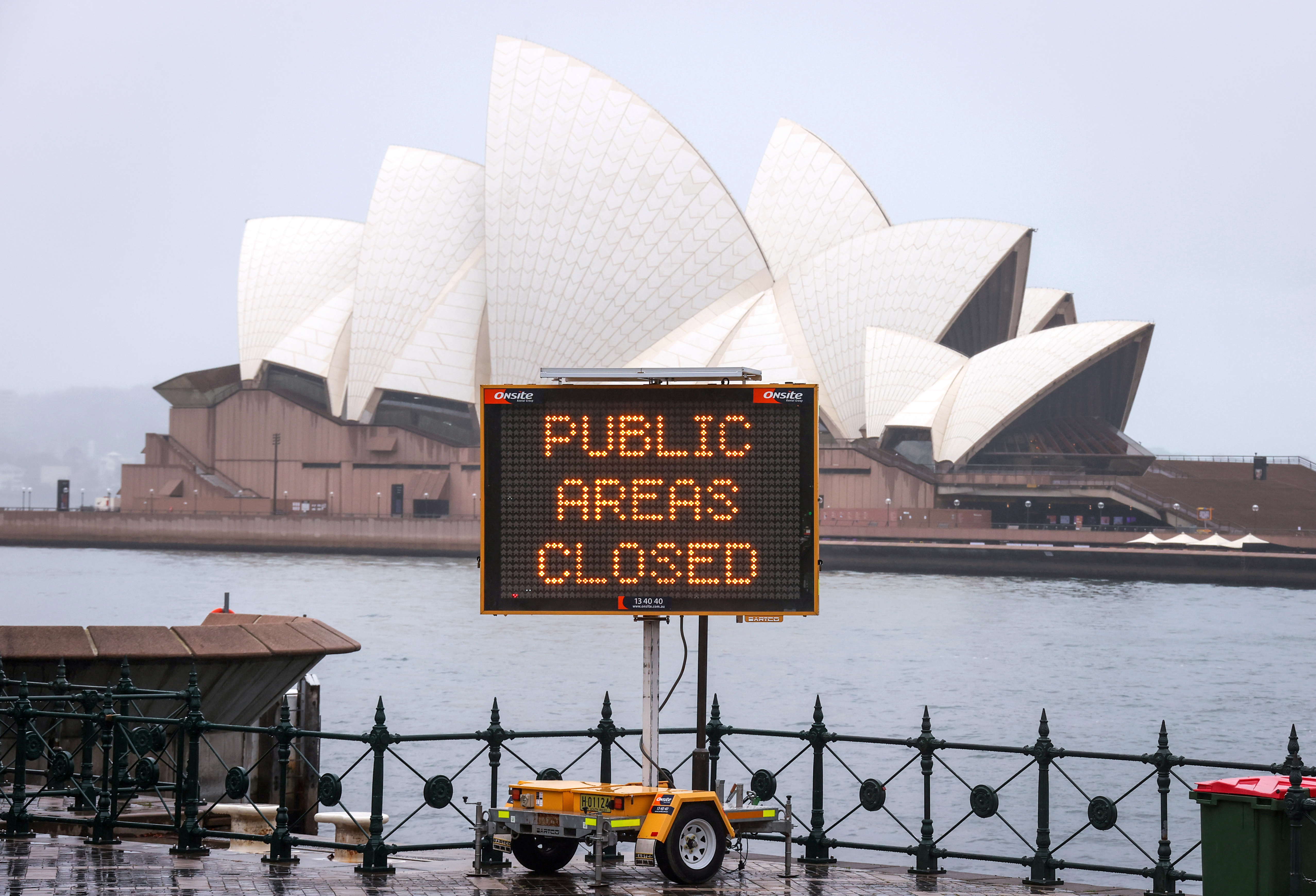 An illuminated sign is displayed in front of the Opera House as part of COVID-19 restrictions for New Year celebrations around Circular Quay in central Sydney on December 31, 2020. (Photo: AFP)

Health officials confirmed that the four new cases were linked to an existing cluster involving a liquor store in the western Sydney suburb of Berala, which reached 15 cases total.

However they also flagged an additional case, detected overnight and not included in Tuesday's figures, which involved an 18-year-old man who travelled to vulnerable regional communities in the State of New South Wales (NSW).

"An 18-year-old man... travelled from Berala to Orange, Nyngan and then Broken Hill for a camping trip," Acting NSW Premier John Barilaro said.

"This is a reminder of what can occur for people who are moving out of Sydney."

Officials urged residents from those towns in NSW's far west to be tested, with plans to establish additional testing clinics.

Meanwhile, the state of Victoria reported three additional COVID-19 cases attributed to a Thai restaurant cluster involving a total of 27 infections, which authorities said was linked to the Sydney outbreak.

Concerns grew over an upcoming international cricket match between Australia and India scheduled to be played in front of up to 48,000 people over five days beginning Thursday at Sydney Cricket Ground. 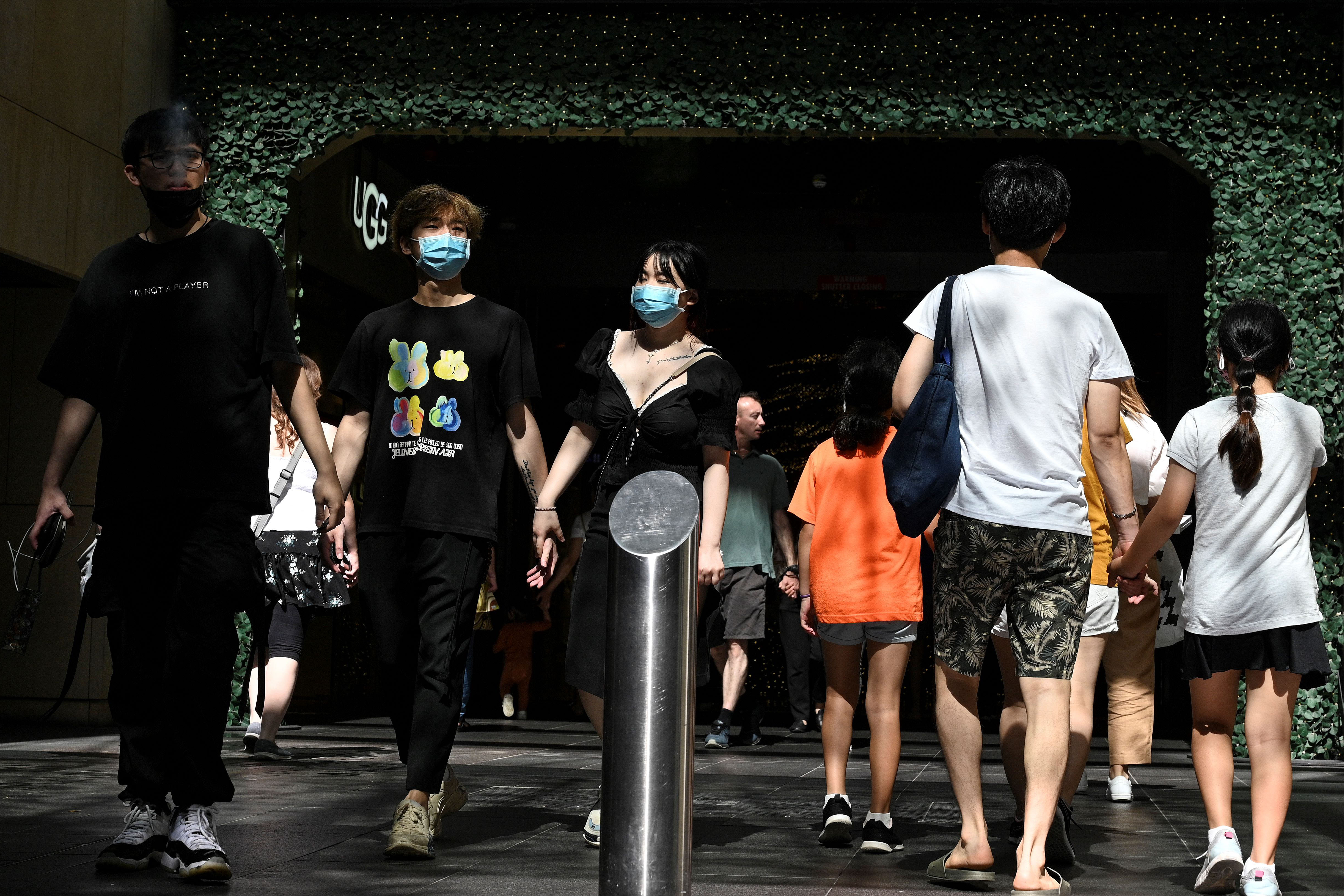 People wearing face masks due to the COVID-19 pandemic walk through a shopping arcade, usually packed with tourists, in the central business district of Sydney on December 24, 2020. (Photo: AFP)

The possibility of a super-spreader event prompted officials to slash the stadium capacity from 50 to 25 percent this week, however some health experts called for no spectators to be allowed to attend.

"The safe thing to do is actually to say, look, we are in a health emergency here, it's time to make decisions on the basis of health, rather than economy and sport, and all these things that we want to get back to normal," Australian Medical Association President Dr Omar Khorshid told the national broadcaster.

To meet public health concerns, officials moved to ban only spectators from suburbs with recent cases and surrounding areas.

"Ticket sales have gone in a way that is aimed at ensuring that people from particular suburbs around Berala do not acquire tickets and do not come to the Test. That's for your sake and for our community's sake," NSW Health Minister Brad Hazzard said.

Spectators from those suburbs who attend the match face a 1,000 Australian dollar fine (767.36 U.S. dollar) if they are caught.