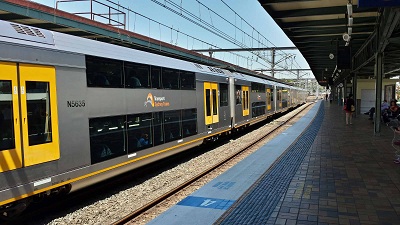 Residents of and visitors to Australia's most popular tourist city Sydney will benefit from a massive upgrade to the transport system.
Described as the biggest shake-up to Sydney's public transport in 20 years, an additional 8,600 weekly train, bus and ferry services were added to the city's network on Tuesday.
The transition had passed smoothly on its first peak test, according to the New South Wales state government.
Sydney Trains chief executive Howard Collins said additional services and the timetabling overhaul had been necessary to keep pace with increased public transport use.
"We've seen unprecedented demand for our trains on the Sydney network, a 10 percent growth in the last year alone," he told Australian Associated Press.
"This is probably the biggest change since we ran the Olympic service in 2000 and that was just for a few days."

The city's ever-growing resident population and record domestic and international visitors has put an increasing strain on the integrated network.
The population of greater Sydney, which includes the Blue Mountains and Central Coast, reached 5,005,400 at the end June 2016, according to official figures from the Australian Bureau of Statistics.
Tourism Australia, meanwhile, said there were 8.7 million visitors to Australia for the year ending September 2017.
Transport users are being encouraged to check their phone apps and websites for updates and timetable changes.
New South Wales state Transport Minister Andrew Constance said: "Big changes like these typically take a few weeks to bed in, so our priority now is to keep everyone moving safely while helping customers to get used to the new timetable."