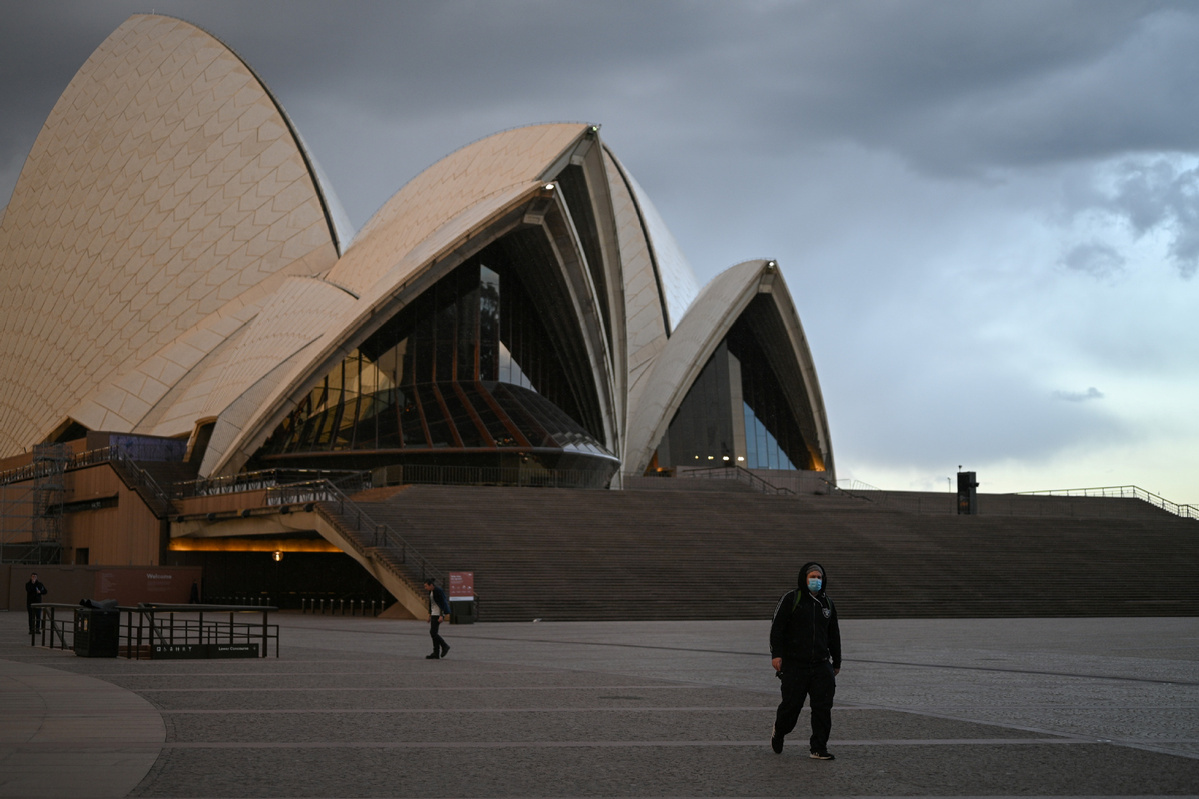 A man wearing a face mask walks in front of the Sydney Opera House as the state of New South Wales continues to report low numbers for new daily cases of the coronavirus disease (COVID-19) in Sydney, Australia, in this August 19, 2020 file photo. (Photo: Agencies)

SYDNEY - Instead of further easing COVID-19 restrictions this week, officials in Australia's State of New South Wales (NSW) were flagging new cluster outbreaks for the capital city of Sydney.

Earlier in the week, state officials announced they would relax some rules for Sydneysiders, however the string of new infections saw plans for further changes scrapped.

State leaders described it as the most concerning time since mid-July, when an outbreak at a western Sydney pub resulted in over 50 infections and sparked a clampdown on the hospitality sector.

"This is the most concerned we've been since that first incident when the Victorian citizen came up, infected his colleagues and went for a drink at a hotel," NSW Premier Gladys Berejiklian said.

Health officials flagged several new areas of concern where a person had been while infected with the virus, including public transport services, a tutoring service and shopping mall.

On Tuesday, the government announced that up to 500 people would be allowed to attend outdoor music performances, as long as they remained seated and groups remained four meters apart.

Restrictions for outdoor dining venues were also relaxed, allowing one patron per two square meters, as long as venues use an electronic contact tracing system to record patrons' contact details.

NSW Health Minister Brad Hazzard urged anyone with even the slightest of symptoms to get tested, as well as to cooperate fully with questions to assist health officials with contact tracing.

"We are aiming to have at least 20,000 (tests) a day and while we have these positive cases still amongst us the emphasis is... please get tested," Hazzard said.