Australian authorities ordered more businesses to close Saturday along with a slew of new restrictions in the country's largest city as a weeks-long lockdown failed to quash an outbreak of Covid-19. 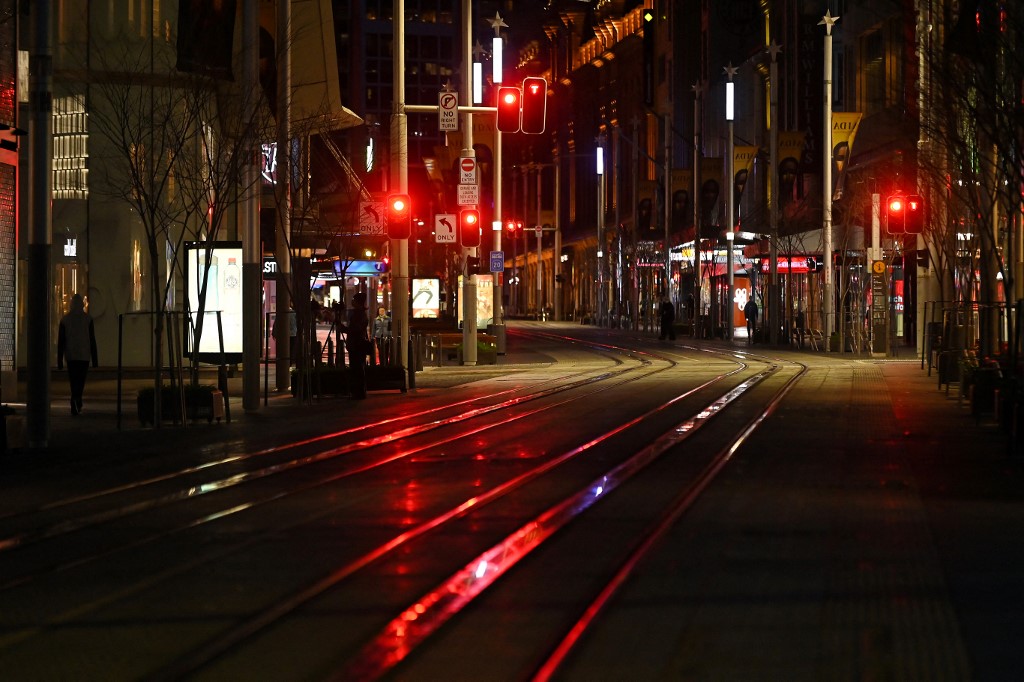 A quiet George Street promenade is pictured on a usually busy evening in Sydney on July 17, 2021, after authorities ordered new restrictions as a weeks-long lockdown failed to quash an outbreak of the COVID-19. (Photo: AFP)

Any retail deemed not "critical" would be forced to close across Sydney and its surroundings while those in hard-hit suburbs would be placed under stricter stay-at-home orders from midnight on Saturday, New South Wales Premier Gladys Berejiklian told media in Sydney.

"It's not good enough for us to tread water which is what we're doing now; we've to some extent stabilised it, but we're not managing to quash that curve," Berejiklian said.

Authorities clamped down on people's movements out of virus hotspots in the city's southwest, banning locals from leaving their neighbourhoods unless they worked in emergency services or health care.

The tightening of restrictions, including a pause on all construction work in the city, comes as over six million residents completed their third week under stay-at-home orders.

One new death from the virus was also recorded in New South Wales as daily cases climbed above 100, while the number of cases active in the community was remaining "stubborn", Berejiklian said.

"I can't remember a time when our state has been challenged to such an extent," she said.

In Melbourne, as residents endured the second day of their fifth lockdown since the pandemic began, authorities tightened the already strict controls on travel from Sydney after the virus spread from the city.

"We've gone hard, and we've gone early to make sure that this lockdown is as short as possible," Victorian Health Minister Martin Foley told media in Melbourne.