TOKYO, Oct. 28 (Xinhua) -- One of the three floating wind turbines built off the coast of Fukushima Prefecture to symbolize the 2011 nuclear disaster recovery will be removed, a Japanese government source said at the weekend. 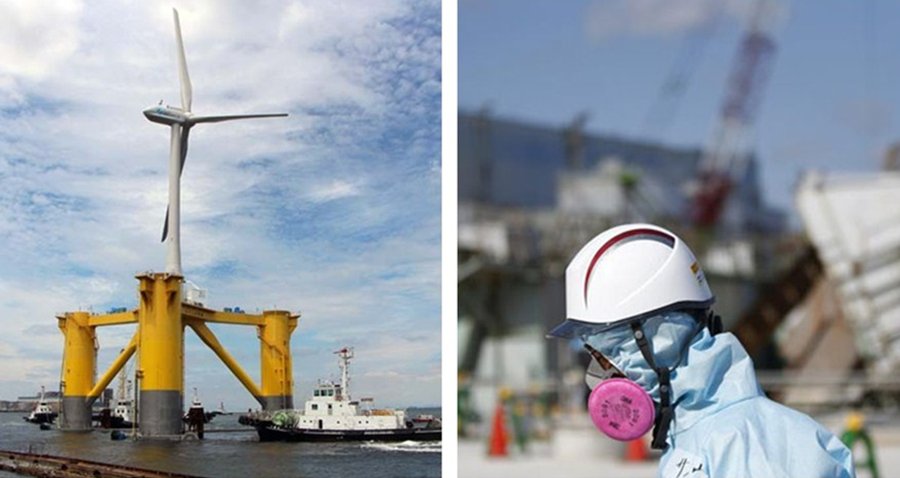 "At present, we are considering a method of removal because the maintenance cost is too high," the government source told The Japan Times.

The power facilities representing renewable energy are the world's largest floating turbines, which were built on a floating wind farm 20 km off the coast in 2015.

The local government put them at the site to memorize the recovery efforts after the meltdown of Fukushima No. 1 nuclear power plant following the massive earthquake and tsunami in March 2011.

According to studies, the turbine to be removed was considered unprofitable because of multiple malfunctions decreasing the utilization rate. The building cost was then 15.2 billion Japanese Yen ($136 million), and the removing cost is expected to be around 10 percent of that.

The other two turbines have also low utilization rates, but researchers will seek possibility of commercialization before the studies are concluded in fiscal 2018.