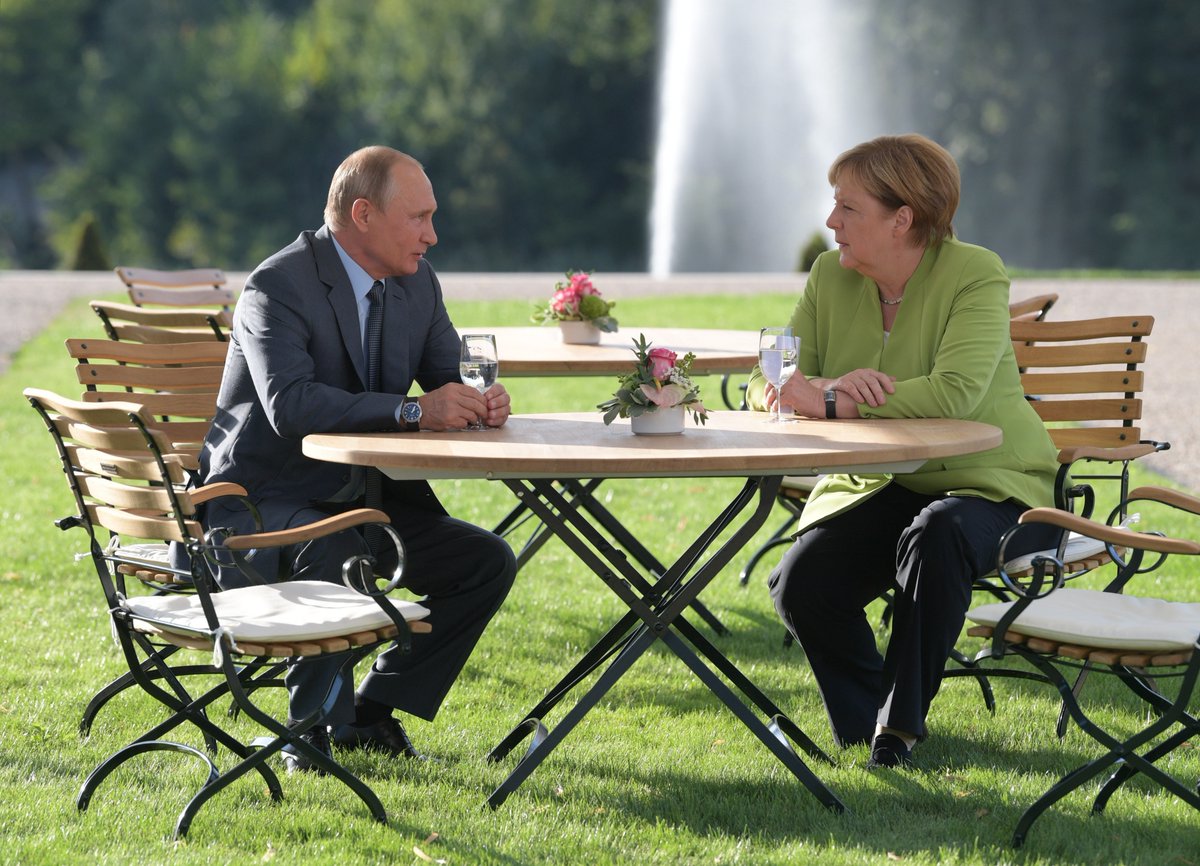 German Chancellor Angela Merkel and Russian President Vladimir Putin met outside Berlin on Saturday for talks ranging from the conflicts in Ukraine and Syria, to Iran and a gas pipeline project.

Standing beside Putin, Merkel said both countries – but especially Russia as a permanent member of the UN Security Council – had the responsibility to tackle these problems.

Merkel said she planned to raise some tough issues with Putin, and discuss bilateral relations, strained since the Crimea crisis in 2014.

Both leaders raised concerns about Syria and the plight of the many refugees created by the seven-year-old war there.

Merkel said it was important to avert a humanitarian crisis in Idlib, Syria and the surrounding region, and said she and Putin had already discussed the issue of constitutional reforms and possible elections when they last met in Sochi in May.

Putin told reporters that everything must be done to help Syrian refugees return to their country and that Syria needed reconstruction assistance.

He urged Europe to intensify humanitarian aid to Syria so that refugees could return home. Millions of refugees from Jordan, Lebanon and Turkey would be potentially a huge burden for Europe, he warned.

On Ukraine, Merkel said she hoped fresh efforts could be undertaken at the beginning of the new school year to disentangle Ukrainian military forces and separatists on the front lines in the Donbass region.

On the planned Nord Stream 2 pipeline to carry Russian gas under the Baltic to Germany, Merkel said Ukraine should continue to have a role in gas transit to Europe, and welcomed the start of discussions among the European Union, Ukraine and Russia on the issue.

Putin told reporters that such a move had to make sense from a business perspective. "I would like to stress that the main thing is that the Ukrainian transit – which is traditional for us – meets economic demands," he said.

The United States is pressing Germany to halt work on the pipeline, arguing that it will increase Germany's dependence on Russia for energy. Ukraine fears the pipeline will allow Russia to cut it off from the gas transit business.