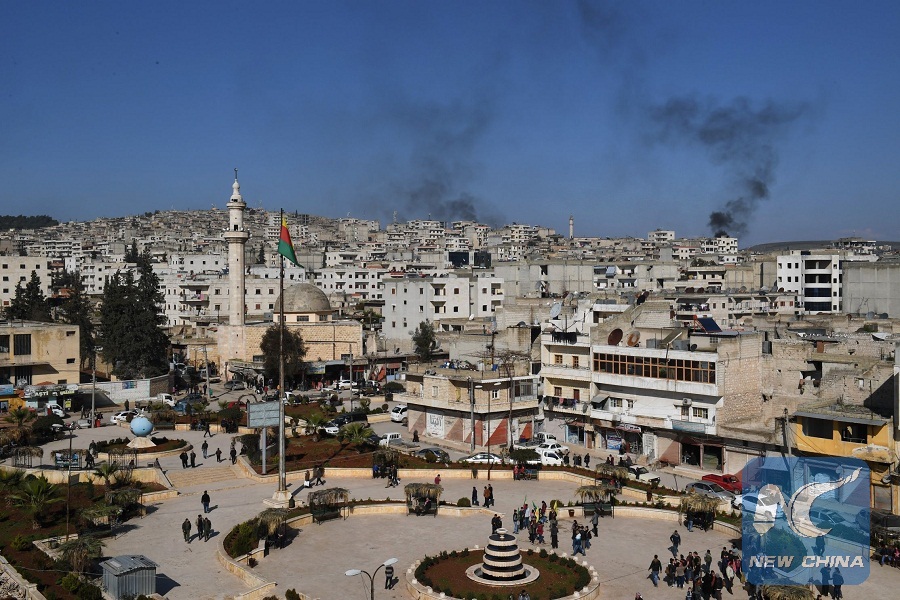 The Antiquities and Museums Department on Sunday condemned the Turkish attacks that targeted archeological sites in the Kurdish-held Afrin region in northern Syria, according to state news agency SANA.

The Ain Dara temple was the latest one destroyed by the Turkish shelling on Afrin, said SANA, adding that the temple was among the most important ancient monuments built by the Arameans in the first millennium BC.

The Ain Dara temple is characterized by its rare basalt stone artifacts discovered in 1982 by a national mission. A Japanese expedition from Tokyo's Old East Museum also contributed to the restoration process of some of its sculptures, according to SANA.

The temple is located in a town under the same name, which was one of the most important cities in an old Aramaic kingdom.

Meanwhile, the antiquities department urged the international organizations to condemn the Turkish attack and to prevent it from targeting ancient sites in Afrin, one of the richest Syrian areas in artifacts and monuments.

The Turkish military campaign against Afrin started last Saturday, aiming to eliminate the Kurdish forces in Afrin and other areas on the Syrian-Turkish border.