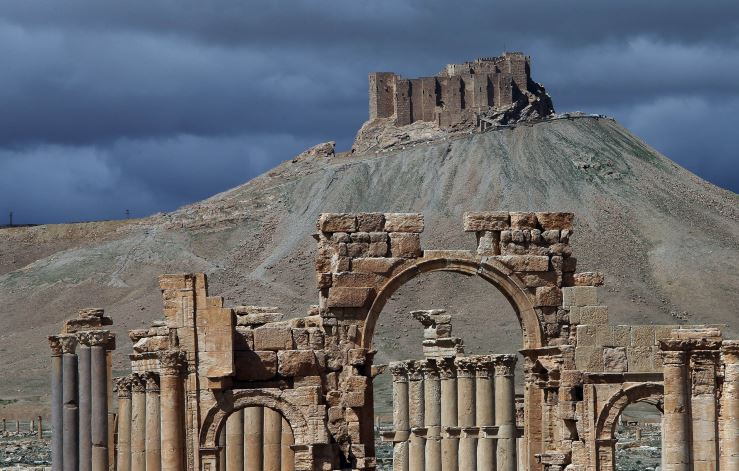 The ministry said it has information that the illegal excavation work has been increased in the areas where the aforementioned forces have a presence and a clout over local militia groups.

"These actions represent a new war crime added to the crimes committed against the Syrian people and the Syrian heritage," said the ministry, adding that the looting of artifacts is part of the scheme to destroy the cultural heritage and historic identity of Syria.

The ministry, meanwhile, urged the UNESCO to condemn these "violations" and expose the sides standing behind it.

The ministry's statement comes a day after Syrian Director General of Museums and Antiquities Mahmoud Hammoud charged that the United States, France and allied Kurdish militia are carrying out illegal excavations in ancient sites in northern Syria.

"The excavations, looting and robbery are also taking place in the archaeological tombs in the eastern side of Manbij," Hammoud said.

The official described these acts as "crimes and a violation of the Syrian sovereignty," noting that the museum and antiquities department in Syria is communicating with international organizations to condemn the violations of the Syrian cultural heritage.

"We hope that the Syrian army would return peace and security to all those areas soon because it's the only force capable of protecting our heritage," he said.